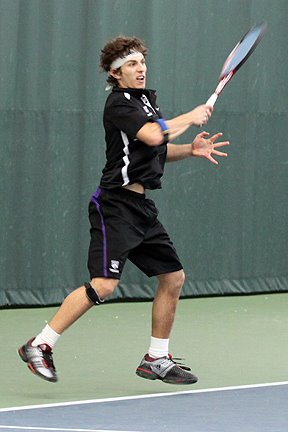 He has over 7 years experience working with all ages and levels.

A little more about Josh:

“I am currently employed at the Waltham Athletic Club. I am PTR certified and love working with all ages and levels.

2008-2013 I worked with the girls and boys JV and Varsity tennis teams in Chelsea, Michigan. I also spent the 2009 summer working for the Huron Valley Tennis Club specializing in the high level junior tennis program.

I played college tennis for Kenyon College.
o   My senior class had the most successful class in the program’s history. We helped lift the Lords to a combined 88-20 record over the last four seasons.

o   In 2012 the Kenyon Lords lost in the finals of Nationals finishing number 2 in the country.

Book a tennis lesson in Cambridge, MA with Josh Stiles.

Find more tennis professionals in and near Cambridge, MA.