Wimbledon is Over, Here's What to Take Away - Play Your Court Tennis Tips and Information
Skip to content 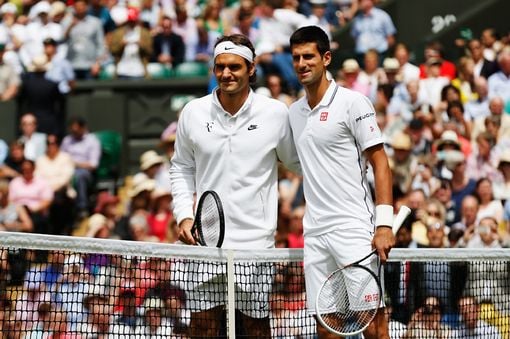 Sad Wimbledon is over? So are we. Here is what you may have missed in tennis during Wimbledon’s final weekend and this week.

What To Take Away From Wimbledon

CrunchSports posted an article about some things to take away from Wimbledon; it’s a really good read.  Here are some excerpts:

” His latest showing only reasserting his place in the game, but Federer still suggested that one factor of his champion’s repertoire is possibly waning: His mentality in the crucial moments.”

” If there were ever moments in the final where you could pinpoint Djokovic’s nerves, they were few and far between – and as the final, four-setted score suggests, they were never costly.”

” Both of these guys have the champion’s qualities which set them solidly at the head of the game. They’re going nowhere but upwards.”

Tennis proves to be addicting for children picking up racquets for the first time.  The “Tennis Clinics in the Park” program gives kids a chance to really get into the addicting sport.

“Eleven-year-old Taharyn Moore-Grant expected to just eat lunch and play a little at Beattie Hill Park on Wednesday. He ended up holding a tennis racquet asking clinic instructors, ‘Are you guys going to be doing this all week?'”

“‘Tennis Clinics in the Park’ is designed to give younger kids a chance to enjoy tennis. Dimmie only began playing after hitting a ball against a wall at age 14.”

We love to see kids getting a chance to enjoy the sport!

Andy and Jamie Murray really brought it to the Davis Cup today, showing the passion involved in the tournament.

Here’s what @andy_murray had to say about playing #DavisCup with @jamie_murraypic.twitter.com/QGKNcF7jHf

Since when has Tennis been so lively #DavisCup🇬🇧

While the David Cup is full of exciting matches and passion, Tomic was unable to attend.  He was arrested in Miami Beach for resisting arrest and trespassing.

“A Miami police report stated that he ‘pointed his finger aggressively towards the hotel security officers and continued to play loud music,’ prompting them to call the police…

In 2013 he had his drivers’ license taken away after he was caught speeding on the Gold Coast near Brisbane a second time. A year earlier, he was placed under police investigation after an alleged brawl in a Gold Coast apartment spa.”