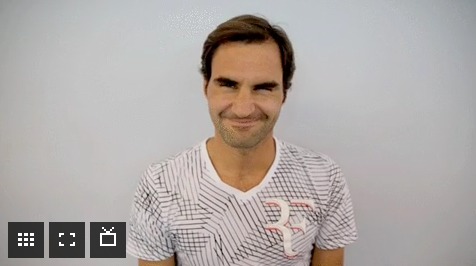 The Miami Open has begun. It’s such a wonderful time of year for tennis fans. The BNP Paribas Open has concluded, and the tennis world is abuzz with the season in full swing and storylines aplenty. Our tennis gears are turning and we’ve come up with 5 things that we would like to see at the Miami Open. Some realistic, some unreasonable. Here we go:

1. A Federer vs. Nadal Final

Is this too much to ask? The second the draw came out and we saw this was a possibility, it’s all we have been able to think about. You know you have, too… But seriously, it is March and they have already battled twice this year in the two biggest tournaments on the calendar. It only seems fitting that we are treated to round three in Miami. It’s like the twilight zone, are we in 2017 or 2009?

Ask any player on tour, nobody deserves success more than Juan Martin Del Potro. He is a favorite in the locker room whose enormous potential has been derailed by a series of injuries. Never one to complain, he just appreciates being back on the court and playing well again, though his backhand will never be what it once was. Despite Federer being in his path, he will have lots of fans in Miami and every tennis fan wishing him the best.

The crop of young American talent is amazing on both the men’s and women’s side, and it’s time to see one of these players make their breakthrough. The women’s side is headlined by Coco Vandeweghe, who appears to be on the brink. Shelby Rogers isn’t far behind and has been making some moves of late, with Taylor Townsend hot on her heels. On the men’s side, the likes of Taylor Fritz, Francis Tiafoe, Reilly Opelka, Jared Donaldson, Ernesto Escobedo and more are all poised to become household names. Why not in Miami?

4. No news about Serena, Djokovic and Murray

We aren’t saying this because we don’t like these stars. Quite the opposite, in fact. These three names have dominated the sport for the past several years, and no news is good news at this point. We appreciate the parity in the women’s game without a dominant Serena, but we miss her. And we appreciate the resurgence of Federer and Nadal, but the game has never been better than when all of the Big 4 are playing well. No news on their injuries should mean they are on track with their recoveries and we will see them at (and hopefully before) Roland Garros.

5. Venus Williams making a run at the title

Venus is 36 years old, or about a hundred in tennis years. Remarkably she is still ranked in the top 15, and is seeded 11th at the Miami Open. With Serena out of the tournament, and the women’s draw being as wide-open as it ever has been, could it be her time to make one final statement? She has the game, and if she can stay healthy, she would certainly love to add one more Miami Open title to her resume as her career slowly winds down.