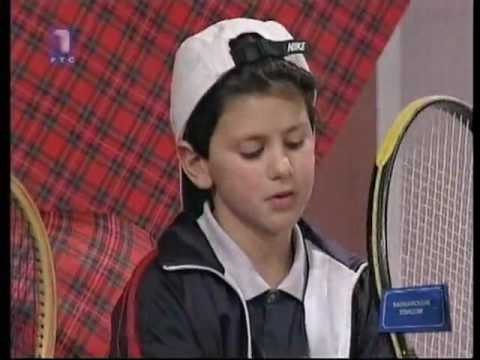 Novak Djokovic is a star, and may be on his way to becoming the greatest player in tennis history. Here are some fun, lesser known facts about the major champion.

He was spotted by his childhood coach Jelena Gencic when she saw him hitting balls when he was just 6 years old. She said he was the greatest talent she had seen since she saw a young Monica Seles. She coached him until he was 13, when he went to an academy in Germany. He began his incredible international career when he was just 14 years old.

2. He’s muliti-lingual, to say the least

He is fluent in Serbian, Italian, German, and English. Kinda makes ya feel dumb.

His poodle Pierre travels with him everywhere. Awwwwww, how cute! He was very upset when the UK did not allow Pierre to accompany him into the country for Wimbledon.

He credits the switch to a gluten-free diet as the catalyst for his rise from the depths of #3 in the world to his current dominance at the top of the world rankings. Ever seen him with his shirt off? If going gluten-free makes you look like that, then sign me up.

5. He only drinks warm water

He believes that cold water slows digestion, and diverts the water away from where he needs it– in his muscles.

Bonus fact: He is worth over $90 million

Must be nice to be the Djoker, eh?