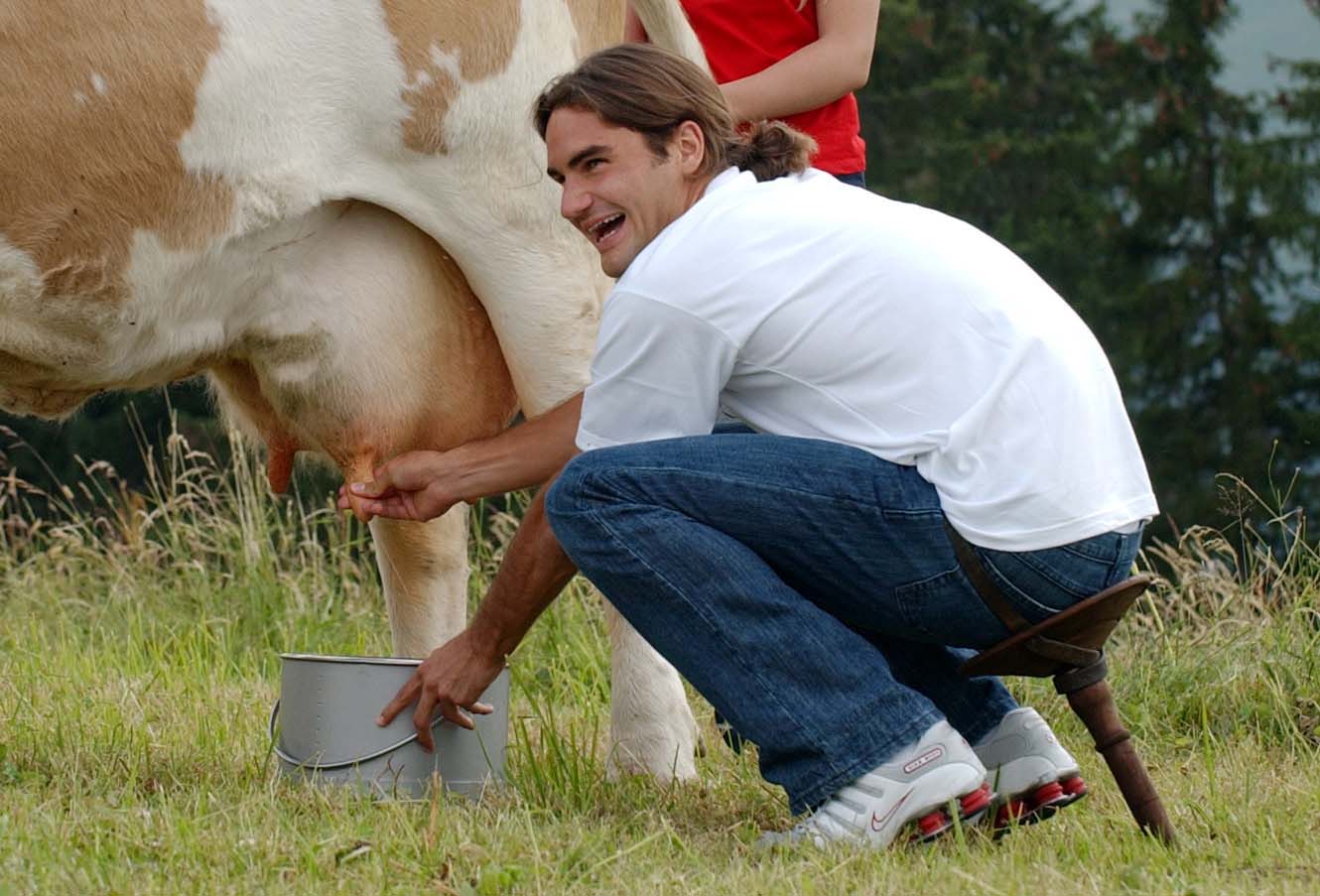 1. He once held serve in a ridiculous 47 seconds

And he did it against arguably the best returner in the history of tennis, world #1 Novak Djokovic, at the 2014 Shanghai Open. He served 4 aces, and only took 47 seconds, including time between points. Rafa Nadal, for perspective, is known for taking upwards of 25 seconds in between points. Wow!

2. In 2011 he was voted the second most admired, respected and trusted man in the world…

…behind only Nelson Mandela. That’s some pretty lofty company.

3. He has a pet cow named Juliette 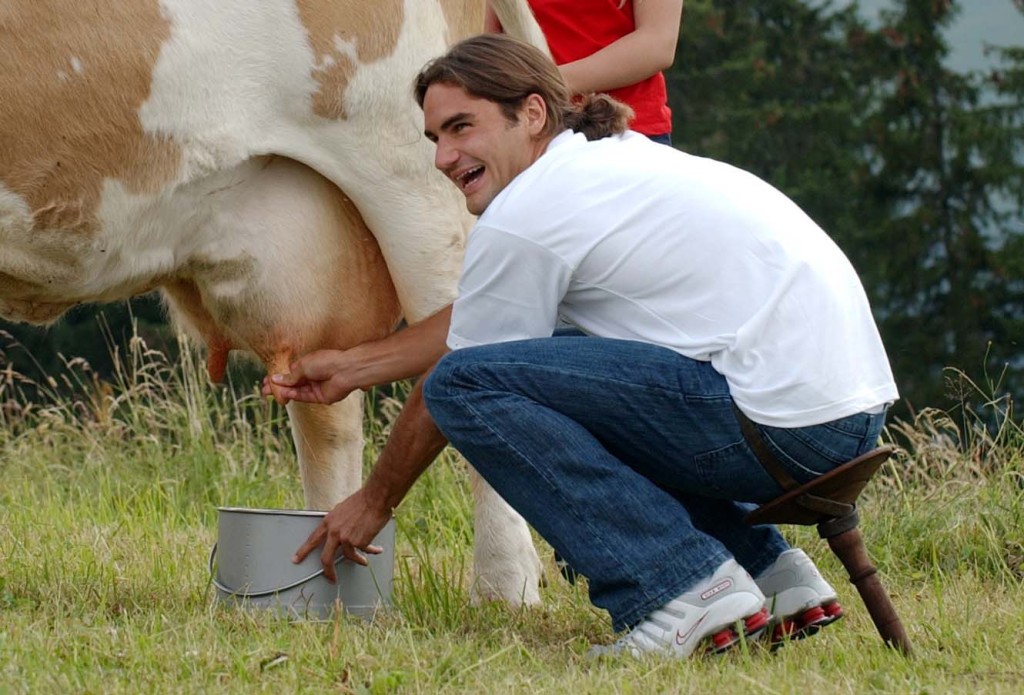 It was a present after his first Wimbledon title. What to give a man who is about to take over the tennis world? A cow, apparently.

5. He once went 105 points without an unforced error

He did it against John Isner at the US Open. That is UNHEARD OF! I can barely go a game without an unforced error!

Bonus Fact: Roger Federer was a vegetarian until he was 14

Now he says he will eat whatever is near him…