Public Tennis In New York City Just Got Cheaper - Will It Get People On The Court?
Skip to content 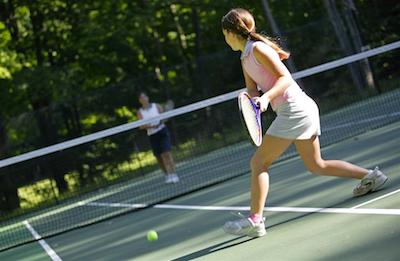 Tennis has a reputation for being an elite, expensive sport. However, the beauty of tennis is that almost anywhere you go you can find free public courts to play on. Unless of course, you live in Manhattan, where everything is expensive, including “public” tennis. In New York City, to play on any public courts, you were required to purchase an annual tennis permit from the Parks and Rec department. Since 2011, an annual permit cost a whopping $200.

In a recent announcement, the Parks and Rec district decreed that the price of annual tennis permits will be slashed to $100, or the same price they were in 2010. The topic has been a hot-button issue as tennis participation has been way down since the rates doubled seven years ago. With the 100% price increase, permit sales immediately dropped by 50%.

The NYC Park Advocates played a major role in lobbying to have the fees reduced. For a city that hosts the biggest tennis tournament in the world and is home to 550 courts, it seemed a travesty for the Parks District to get so greedy with the rates. The move to lower the rates signals a change in their outlook that matches the mission of parks districts all over the country, to provide services, create a more active population, and grow the local tennis community.

Tennis players in Manhattan should rejoice! In addition to lowering the rates, permits may now be purchased online and in ten new locations all over the city. Public tennis in Manhattan may be more expensive than in most places in the nation, but this move allows more players to get into the game.