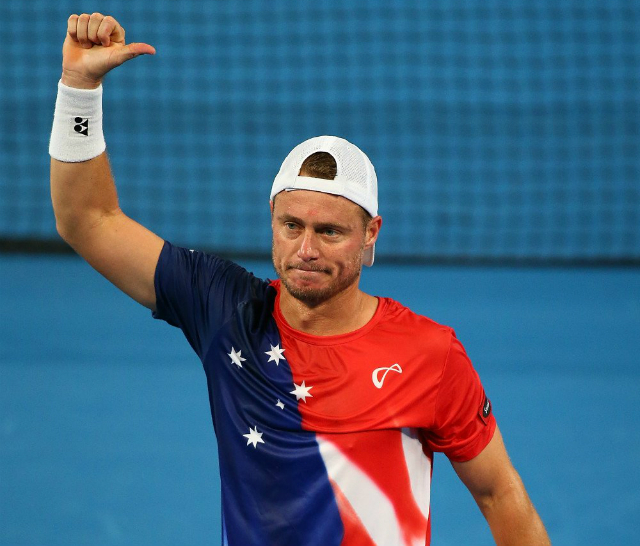 Lleyton Hewitt bowed out of the Australian Open in the final match of his career in the second round to world #8 David Ferrer this week. The loss tied a bow on a remarkable career. Hewitt was the youngest male to ever hold the #1 ranking. He won 30 titles in his career, including two World Tour Finals, and two Grand Slams. He helped Australia to two Davis Cup titles, and was known for never leaving anything out on the court. He is beloved by Australia and the tennis world. Most notably, he is widely credited for changing the face of men’s tennis, and ushering in the golden era highlighted by the Big 4.

Before Hewitt, tour players were known as much for their strengths as much as they were for their weaknesses. Agassi had a complete ground game, but never possessed elite movement. Pete Sampras had a booming serve and forehand, but was never know for having a great backhand. Lleyton came along and changed the game. He had no weakness. He effortlessly turned defense into offense, and could hurt opponents from both wings, as well as at the net.

He forced other players to shore up all aspects of their game. Federer, just six months younger than Hewitt, lost seven of their first nine meetings. Hewitt found all the holes in Federer’s game, and forced him to adapt. He credits Hewitt for forcing him to change his game. Since then, he obviously perfected the all-court game, and rode it to become the greatest player of all time. Djokovic, mirroring Hewitt’s game, has since taken that game to an entirely new level, playing potentially a better all-around game than even Federer or Nadal were ever able to achieve.

His tenacity sometimes rubbed his opponents the wrong way. Frequently shouting, “COME ON!” after winning big points, it was seen as a turn-off to other players and fans at times. That being said, his tenacity on each and every point was unmatched, and it forced any player in his path to try and match it. He was ahead of his time, and his game translated into a very long, very successful career. He will be missed by players and fans alike, but nowhere more than at Melbourne Park in January.

Congratulations, Lleyton, on a remarkable career. You have been a great ambassador for the game, and we hope you will stick around the tennis world!