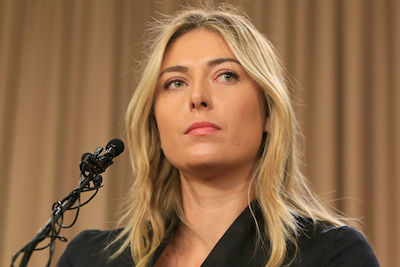 Whether you love Maria Sharapova or you hate her, there’s no denying she is one of tennis’ biggest stars. At least, she was, right up until she got suspended for doping.

In January of 2016, at the Australian Open, Sharapova tested positive for the banned substance Meldonium. By March of 2016, she publically admitted to using it. At the start of June, 2016, the International Tennis Federation suspended her from the sport for two years. Sharapova vowed to fight the ruling.

Meldonium treats conditions such as a lack of blood flow to certain parts of the body. That nifty property also makes it useful for improving exercise capacity in athletes. Essentially, it helps the blood carry more oxygen to muscle tissue, increasing stamina and recovery rate.

Though legal in Russia and the Baltic countries, it is not allowed in the U.S. or Europe. It was officially banned for competitive athletes on January 1, 2016. Sharapova admitted to using the substance since 2006, but not for performance enhancement.

If Sharapova deserved to be penalized for the drug or not is still widely debated, however, a court ruling today reduced her suspension.

In Sharapova’s appeal she claimed she did not known about the change in the drug’s status. Specifically, she said she failed to read the 2015 email from the antidoping agency warning athletes its ban would go into effect in January, 2016.

Sharapova highlighted the need for more publicity surrounding the banning of new substances. She also pointed out the two year suspension was unjustifiably harsh given the circumstances.

She explained she took the drug since 2006 for health issues unrelated to tennis, including reducing the risk of diabetes and fighting the common flu.

John Haggerty, one of Sharapova’s attorneys, affirmed “This was an honest administrative mistake, there was no intent to cheat.”

Many of Sharapova’s sponsors cut ties with her immediately after she admitted to the press she used the drug. The reduced sentence will likely help mend those relationships.

Head, a major sports equipment company and one of Sharapova’s biggest sponsors, openly congratulated her on the win. Johan Eliasch, Head’s chairman and chief executive, wrote “There is an urgent need for a wholesale comprehensive review and change to the antidoping system.” 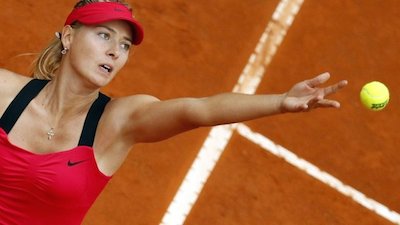 Because Sharapova has been inactive in the sport since the Australian Open she will return to tennis unranked. In order to play the events she will need free passes.

After the original ruling many other top tennis competitors told the press they thought Sharapova deserved the sentence.

For example, the French player Kristina Mladenovic called Sharapova a “cheater” who “didn’t deserve” all of her victories because of the doping.

Perhaps Sharapova won’t be welcomed back with cheers, but she is hopeful nonetheless.

“I’ve gone from one of the toughest days of my career last March when I learned about my suspension to now, one of my happiest days, as I found out I can return to tennis in April,” Sharapova said in a Facebook statement.

“In so many ways, I feel like something I love was taken away from me and it will feel really good to have it back. Tennis is my passion and I have missed it. I am counting the days until I can return to the court.”

One thought on “Maria Sharapova Returns To Tennis In 2017”