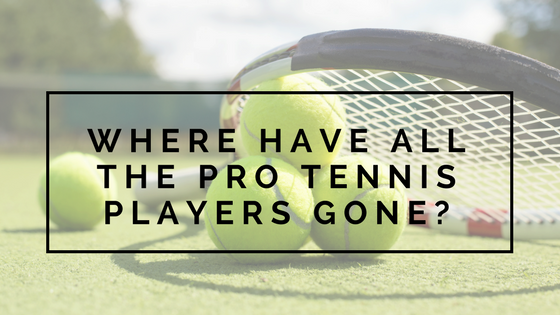 In a recent statement, the International Tennis Federation (ITF) announced that they would be reducing the number of professional tennis players from 14,000 to 1,500. What does this mean for tennis? Well, nothing for us tennis fans. But for the depth of the sport and the lives of 12,500 tennis players? A lot.

The ITF just completed a three-year study into the health of the game. Its findings were unsurprising, but its proposed solutions seem drastic. They established that there were simply too many professional tennis players competing for not nearly enough money. They found that only a tiny percentage of the 14,000 professional players were breaking even. In fact, it is so bad that more than half of the professional players do not earn any prize money. Also, there has been an interesting, if not negative, trend showing that the average age of professional tennis players is increasing. For an international sport that is incredibly top-heavy, the ITF suggests that serious changes need to be made.

Based on the data they uncovered, they are recommending the number of professional players be reduced to “no more than 750 men and 750 women.” This would have little to no effect on professional tennis as the fans know it. However, it will make it much more difficult for players to ascend to the professional ranks that tens of thousands of young players aspire to reach all over the world.

In order to combat that, the ITF poses a new “Transition Tour” that would operate on a much more local level than existing Futures tours. The idea of the Transition Tour would be to ease the transition from junior to professional tennis. It will also provide aspiring professional players a more realistic view of whether they have a chance to make it or not.

What Does This Mean For Tennis

All of these changes will ensure that professional players can make a living. While it may sound elementary, this is not an issue that most other professional sports have. If a player makes it to the highest level of soccer, football, hockey, basketball, or nearly any other sport, they are making a very comfortable living. Not so in tennis.

That’s why this is what tennis needs. At first it seems drastic, but in reality, it’s out of necessity. Tennis has always been a remarkably difficult sport to turn professional in. It will be even more so when the number of pros is so drastically cut down. But the pros ranked beyond 750 are struggling below the poverty line, and always relying on income from other people. Take the NBA for example. There are only 301 players in the NBA playing at the highest level. With the changes, tennis will still have more than double that.

Tennis will be ok, in fact, it will be even healthier than ever before. Do you agree?

4 thoughts on “Nearly 13,000 Pro Tennis Players Are Losing Their Jobs”