Rafa Split With His Lifelong Coach
Skip to content 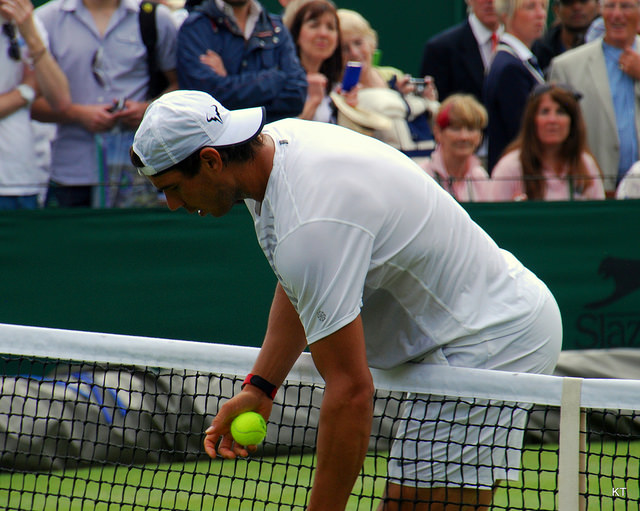 A Brief History of Rafa Nadal

If you asked Rafa Nadal a year ago if he was going to play in (and nearly win) the Australian Open Final in 2017, he likely would have told you that he was closer to retirement than another Grand Slam final. And yet, there he was, doing battle against his longtime rival, Roger Federer. Many a tennis analyst have been quick to write him off the past few years, but now more than ever, one thing is abundantly clear: Rafa is not done yet.

Given the enormous number of injuries that Nadal sustained in his career, the fact that he won 14 majors and is in the conversation for greatest player of all time is nothing short of remarkable. We wouldn’t blame him if he decides to hang up his racket and call it a career. If he sailed off into the sunset on his yacht to enjoy the next sixty years without having to work another day in his life.

However, the incredible tenacity that made him such a champion over the past decade still burns within him, and that option never crossed his mind. Instead, he continues to work hard on every aspect of his game, fitness and overall health. He may have fallen just short of hoisting another major trophy and inching closer to Federer’s record total, but this only added fuel to his fire.

Rafa Split With His Lifelong Coach

Last week he announced HUGE news. He decided to part ways with his coach, who also happens to be his uncle. For many players, coaches are interchangeable, so this would barely be a blip on the tennis world’s radar, but Uncle Toni coached Rafa since he was a child. Uncle Toni is the reason that Nadal plays tennis lefty (he is naturally a righty.) Uncle Toni could be credited for much of Rafa’s success. But now their [professional] relationship is over.

But why? How is it a good thing that Nadal parted ways with (by far) the most stable member of his team? Well, while you may have seen Uncle Toni in Nadal’s box for nearly every match of his career, it shows us that his hunger for greatness is still as all-consuming as ever.

Nadal came oh-so-close at the Australian Open, and realized that the margins between winning and losing at the highest level are as thin as they have ever been. At some point, working hard just isn’t enough. He can watch what he eats, work out for an extra hour, and hit more balls than the next guy, but to truly progress, he realized he needed a change.

This has obviously been on his mind for several months, as evidenced by his hiring of another Mallorcan legend, Carlos Moya. When Moya joined the team, Uncle Toni wasn’t happy. Rafa was his guy, and he didn’t want to share. But Rafa doesn’t need a new forehand, or a new workout routine. He needs a new perspective, and no matter how hard Uncle Toni tried, and no matter how great he was, that was simply impossible.

The Future For Rafa

For the first time in years, Rafa truly believes he can win more majors. I think we should believe in him, too. I definitely wouldn’t bet against him at Roland Garros this Spring, would you?