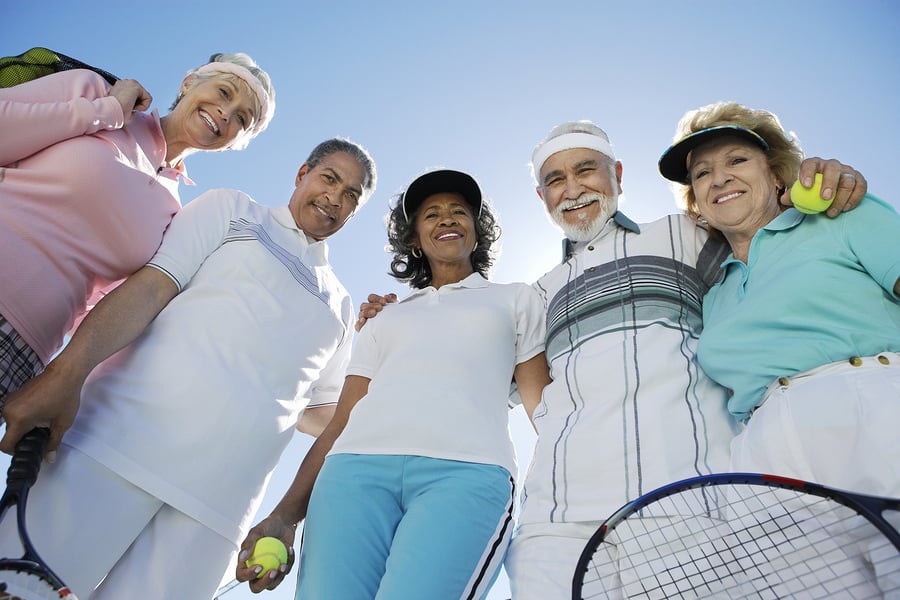 Two people, two rackets, a few balls, and a court are all you need to play tennis.

With the hype of baseball, hockey, and football in America, sometimes tennis is forgotten about. But as adults it’s too hard to assemble a group of 15+ people to play these team sports recreationally. And to find the proper fields is just as challenging, if not harder.

The United States has an estimated 250,000 courts to accommodate 28 million Americans who play tennis, according to the United States Tennis Association’s latest statistics. And many of these courts, spread across heavily populated cities to sprawling suburban settings, are public and open to anyone.

Let’s address the rumor that tennis is a “rich, white man sport”.

Perhaps this is historical or the fact that there still are some country clubs out there that hold on to dated traditions, such as wearing all-white attire. But this isn’t true for the majority of tennis out there.

Almost everyone has a public court near their house and a friend to hit some balls back and forth with. The only cost is a racket (I’m sure you have one covered in dust and cobwebs in the back of one of your closets) and a can of tennis balls that only costs a few bucks. Of course you can upgrade your equipment, but if you’re doing it for fun and for exercise it isn’t a necessity. Therefore, tennis is one of the cheapest and easiest sports you can get involved with!

The notion that tennis is a “white” sport has long passed. This change goes back over 60 years, to when Althea Gibson became the first black athlete, male or female, to play an international tennis match. In six years, Gibson had become the first person of color to win a major tournament (the French Open) and added two Wimbledon and two U.S. titles by 1958.

On Monday, you may have noticed Google’s daily doodle featuring a black tennis player hitting a forehand and overhead on a court with a baseline that spells “google.” That was Althea Gibson.

With Serena and Venus Williams dominating women’s tennis for the last 15 years, along with the rise of some new talent in America, Sloane Stephens and Taylor Townsend, it can no longer be classified as such. Even the men’s side has some big names in Jo-Wilfried Tsonga, Gael Monfils, and Donald Young.

Tennis is for anyone, everywhere. No matter who you are or where you come from, tennis welcomes you with open arms.

We’re putting together a photo mash-up of “different folks love tennis strokes” to show that you don’t have to look or play like Maria Sharapova or Rafael Nadal to LOVE the game of tennis! (But it’s also ok if you do!) Take a quick selfie or have a friend snap a shot at the court and post it with #tennis4me through your Twitter, Instagram, or Facebook account.