Video: The Best 95-Year-Old Tennis Player On The Planet!
Skip to content 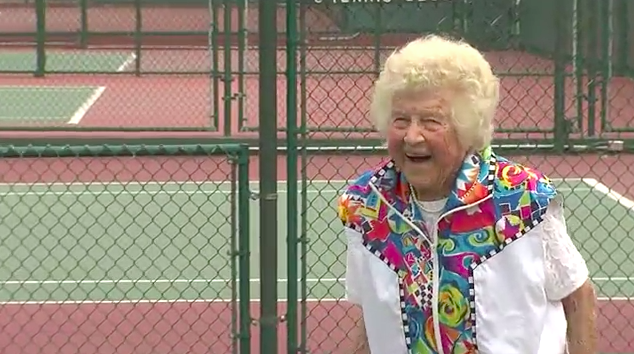 This is tennis legend Dodo Cheney of Escondido, California.

She won 391 tennis championships in her life, most of them after the age of 55. At her induction into the Tennis Hall Of Fame in 2004, she chose John Mcenroe to be her presenter (because who else?!) and hit balls back and forth with him after.

But it was on the senior circuit where Dodo really blew everyone away, winning titles well into her late 80s. The only other player to come close to her accomplishments was Gardnar Mulloy, a male doubles specialist with 135 national titles, who died last year a week shy of his one hundred and third birthday.

Dodo played in the Women’s 90s division of the 2012 USTA National Senior Women’s Hard Court Tennis Championships, which took place May 14-20, 2012 at the La Jolla Beach & Tennis Club in La Jolla, California, where the video above was taken.

“I wasn’t that competitive as a youngster,” she once said. “Now, though, I’m quite a bit more fierce. As I’ve grown older, I’ve grown much more competitive. I really love to win.” 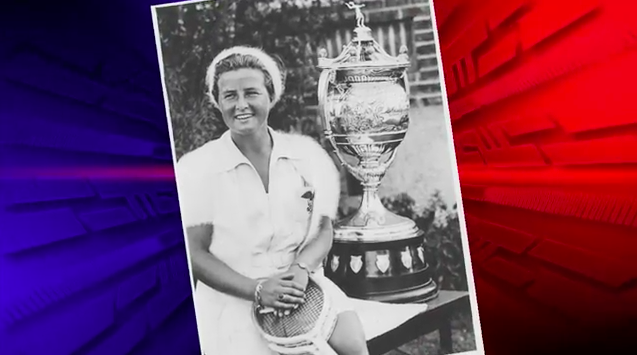 For the last ten years of her life she suffered from arthritis, and yet that hardly slowed her down. In fact, according to her daughter Christine Putnam, it made her even more strategic.

“She does whatever she has to in order to control the point: drop shot, slice, you name it,” Putnam told the New York Times in 2004. “If her shoulder hurts and she can’t serve overhand, she’ll serve underhand.”

Dodo passed away in 2014 at the age of 98, after a long life of inspiring others, and lots and lots of tennis 🙂

17 Problems Only A Tennis Player Will Understand

One thought on “Video: The Best 95-Year-Old Tennis Player On The Planet (In Memory Of)”