What You May Have Missed This Week In Tennis: 6/21-6/27 - Play Your Court Tennis Tips and Information
Skip to content 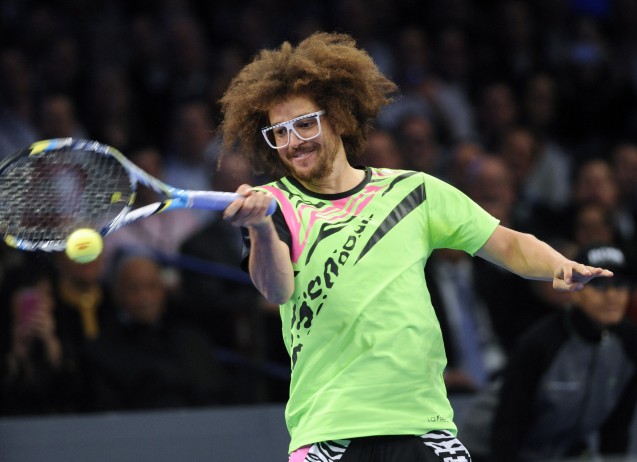 Stan Wawrinka’s pants have drawn in a lot of attention for the French Open champion; this car commercial illustrates that.

An Update From Del Potro

Del Potro has been out of the spotlight lately due to his wrist, but we’re rooting for the guy to make a big comeback in the game.  In this video, he describes what’s been going on for him in the past few months, and the decisions he’s had to make. Best of luck Del Potro! We hope you come back stronger than ever.

Wimbledon From The Air – A 360 Degree Shoot

This is a neat little  tool that has been springing up over Youtube lately; use it to look at Wimbledon from the sky!

HBO is releasing a mockumentary on the longest match at Wimbledon.  It looks like it’ll be fun, check it out!

Attack of the Seagulls

Nothings worse than having a point interrupted, but sometimes there’s not that much you can do about it.  Here’s an example of Radwanska being interrupted by a large seagull.

I Lost to Redfoo: A Tennis Story

This article follows Paul Wachter and his road to trying to qualify for the US Open.  He plays a doubles match vs Stefan Gordy, or Redfoo, a member of LMFAO.

“Redfoo has Sideshow Bob hair and is the proprietor of LaFreak, a line of tennis clothes that would make ‘90s-era-bleach-and-neon Andre Agassi blush, but he’s not a professional tennis player. He played the same tournament two years ago, losing in singles in the first round (6-1, 6-2) to a Fresno City College player.”

Paul writes on his attempt to beat Redfoo and Lester Cook, an ex-tennis professional.  Things started to go downhill.

“It was tough to win points serving to Cook. His one-handed backhand was a thing of beauty, and if he got to see a second serve (my weakest shot) he’d step in and hit a massive forehand at my shoelaces or down the alley past my partner at the net. And after hitting a couple of dinky slice returns — we were targeting Redfoo’s backhand — Redfoo started returning aggressively.”

It’s a really interesting article, give it a read if you have the time.

Not a morning person?  Need a little motivation to get out of bed and hit the court? Here’s 10 Tips to Start Your Day from Tennis’ Top Players! ‪

That’s this week of tennis; next week is sure to be huge with Wimbledon.  We’ll keep you updated!