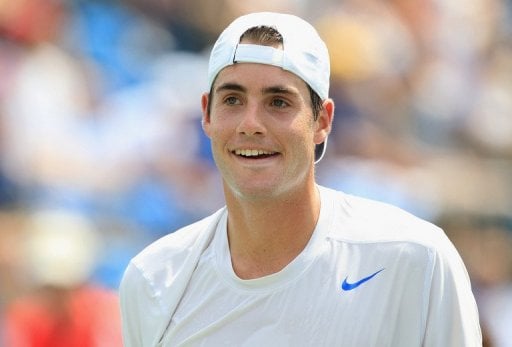 You’re in a tight match, and you made it to a tiebreaker. All the work you put in for the set comes down to a first-to-seven battle. You don’t want to let the set go to waste, so you have to find the balance of risk/reward to win the set and grab the momentum. Whether you mounted a comeback, or choked away a chance serving for the set, it doesn’t matter. You are tied, now how do you play smart and win the tiebreaker? Here are 5 tips sure to give you an edge in your next ‘breaker.

Spin is key in any tiebreaker.The last thing you want is to go after any stroke tentatively. Simple physics tells us that more speed= more spin. More spin also creates much more margin for error on any shot. By freeing up your swing and playing more spin, you reduce the risk of error not only with how the ball flies, but greatly reduce the chance of you pushing a ball, or trying to “aim” any shot. Think spin on every shot in every point during a tiebreaker, you won’t be sorry.

Now, this doesn’t mean hit a stupid shot to try and end a point early. However, many recreational players take a “don’t lose the point” mindset into a tiebreaker. Chances are, that is the way your opponent is thinking. This sets up more opportunities for you to take the offensive. When one of those opportunities comes your way, usually in the way of a short ball, take the chance, and try and put your opponent on their heels.

Similar to taking a chance when you have the opportunity, you want to stress your opponent more than you would in the beginning of a set. These mind games translate to your physical play as well. By playing smart at the right moments, you can easily swing the momentum in your favor. Practically speaking, you should make your high-percentage balls “feel” more aggressive than they are. When a rally ball sets up nicely to your forehand, or whatever your strong shot is, put a little extra pace on it to a “safe” spot on the court. For example, if a cross-court forehand is your go-to shot, you are probably comfortable pumping up the MPHs on it a little bit without being nervous about making an error. To the opponent, that extra 15-20% of pace will come across as much more, and they will see your confidence, making them more likely to make an error, even though you weren’t going for broke.

This is perhaps the most important of all the tiebreaker tips. You know first serve percentage in doubles is hugely important. Well, it is just as important in a tiebreak. By taking something off your first serve, you won’t give yourself the stress of hitting a second serve and worrying about a double fault, and your opponent won’t be in as aggressive a return position as if you were bumping in a second serve. Sure, you may not get as many free points, but you’ll give away even less.

5. Stick with your routine

It is easy to get moving quickly and fall out of rhythm in a tiebreak, but it is the most important time to stay within yourself. If you go to the towel, take a deep breath, and bounce the ball four times at 30-30 in the first game of the match, do it in between every point of the tiebreak, too! If you had a game plan going into the match, like hitting most rally balls to your opponent’s backhand, stick with it! By staying in your routine, you will be more relaxed, more able to execute your shots, and more prepared in general for every point. Take a breath, you’re not going to get a time violation.

Take these tips to the court, and win your next tiebreaker! Let us know how it goes in the comments section!

One thought on “5 Tips To Win A Tiebreaker”