In the past few years there haven’t been many surprise champions hoisting trophies in professional tennis. Serena Williams boasts a stranglehold on the women’s game and, save for Angelique Kerber’s recent ascent, is an overwhelming favorite every time she takes the court. For 12 years the “Big 4” completely dominated on the men’s side, allowing only two other Slam champions in a remarkable 48 attempts. While this sort of greatness is good for tennis on many levels, it’s time to see some parity at the top of the game. Looking at the landscape of tennis in 2017, the few players who carried the torch for years are entering the twilight of their careers and there is a great crop of young budding stars that we want to keep our eyes on this year. 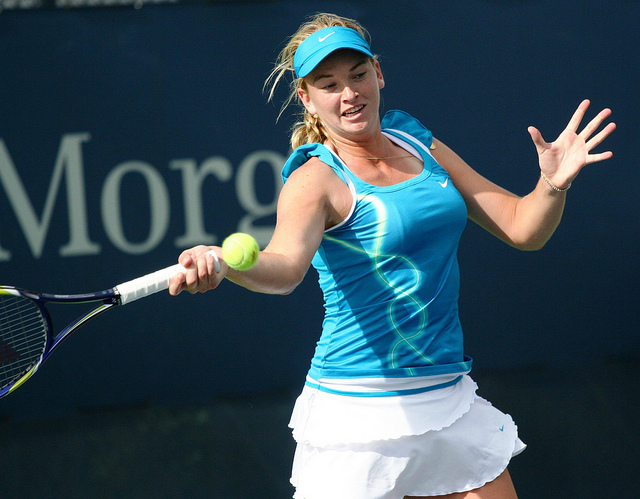 A powerful player from New York City, Coco was an incredibly talented junior player who many predicted would be the next American star. After earning a wildcard into the 2008 Junior US Open and winning the tournament without dropping a set, she was hyped even more. Perhaps the hype was one reason that it took her so long to realize her potential. On a good day she could beat the best, but her off days had her losing to much lower ranked players and even toiling in lower level satellite tournaments. However, she seems to have found her form and at the young age of 25 appears ready for her breakthrough. After making the semifinals of the Australian Open, she is on the verge of a top 20 ranking for the first time in her career, and she has the game to translate that easily into a top 10, or even top 5 ranking. Her newfound consistency should have her opponents shaking in their boots. Look for her to make her way into the top 10 before year’s end, and to see her regularly competing into the second week of all the Slams. Watch out for her at Wimbledon especially, as her only two WTA titles have come on grass. 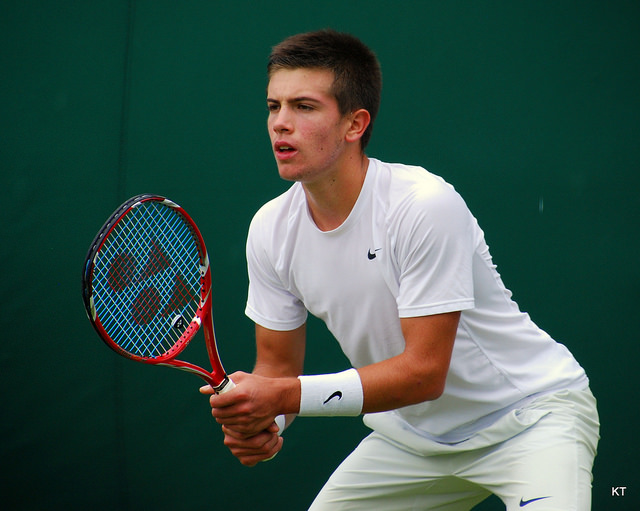 This is a name you likely already know. The now 20-year-old Croatian rose through the ranks to reach his career high ranking of 33 in 2015 as an 18 year old. He notched victories over Andy Murray and Rafa Nadal and made the finals of two tour events. He appeared poised to keep improving on his ranking and regularly contend for titles, but suffered a knee injury at the US Open and dealt with it for a majority of the 2016 season. His ranking fell considerably, but he is healthy once again and is ready to use 2017 as a springboard to get him back on the meteoric trajectory that his young career was once on. Don’t be surprised if he finds himself within the top 10 by year’s end with victories over many of the game’s top players. 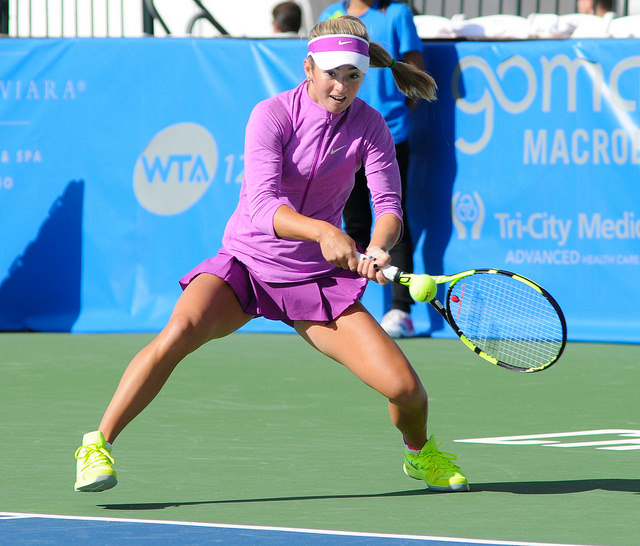 You may recall this seventeen year old’s name from when she won two rounds at the US Open after qualifying at 16 years of age. She had her first win over a top 20 player at just 15 years old, so she has been on the tennis radar for years. Now she is really realizing her potential and at an extremely young age. This past week, playing her first main-draw event of the year in Dubai, she made an incredible run to the quarterfinals, knocking off 3 top-50 players consecutively, including a stunning upset over world #6 Agnieska Radwanska. Her ranking climbed to #56 in the world, giving her some security in knowing that she will get into most tournaments that she wants to play, and all the biggest tournaments in the world. With such an impressive resume well before her 18th birthday, don’t look for her ascent to plateau anytime soon, she may well be the future of American women’s tennis.

Once a can’t-miss professional prospect, Ryan Harrison has been frustrated with his career. That is, until recently. He was touted as the next big thing after cracking the top 10 in the junior rankings before he was 16 and was one of the youngest ever to win an ATP Tour match. He achieved his highest ranking of 43 in the world in 2012, and subsequently fell well outside the top 100 for nearly 5 years, struggling to win just a few matches a year. But 2017 has brought a newfound confidence and inspired work ethic, and it is paying off immediately. Last week he won his first ATP Tour event in Memphis and has matched his career high ranking. Already one of the top-ranked Americans, expect him to continue his rise and be a seeded player making runs at all of the Grand Slams. Though he has been a recognizable name in tennis for a decade, he is still young by tennis standards at just 24 years old. His all-around game and tenacity make him an uncomfortable matchup for any player. Will 2017 be the year for his breakthrough? It looks like it.

Frustrated with your tennis game? Even just a couple lessons with a top-rated PlayYourCourt coach will help you improve! Head to PlayYourCourt.com to browse tennis coach options in your area!