Tennis Tips: The Foundation Behind Good Tennis Footwork - The 'Side Shuffle' -
Skip to content 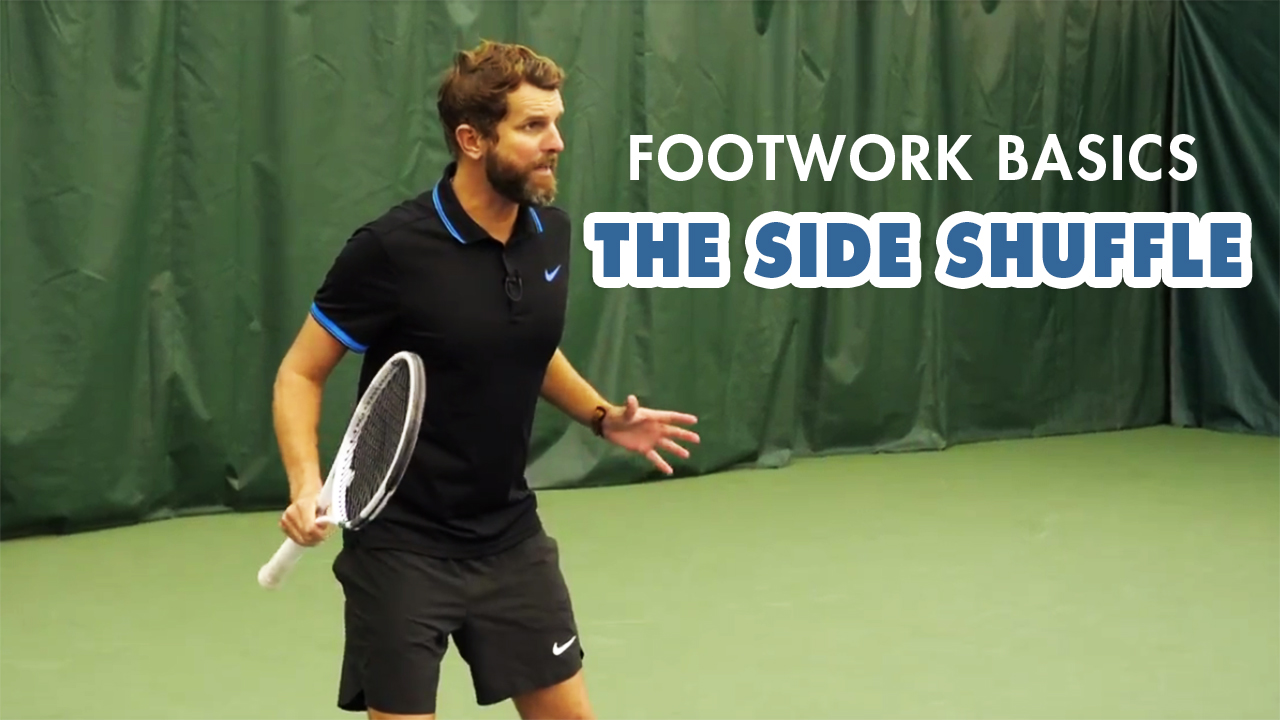 Today we show you some footwork basics and the foundation of tennis movement – the side shuffle. This video is for players with a PlayYourCourt rating of 49 and below.

Hey guys, Scott and Nate from PlayYourCourt.com, and today we’re going to talk about the foundation behind good footwork, the side shuffle. So today, we’re going to talk about some basic beginner footwork. This video is for players with a PlayYourCourt rating of 49 and below. If you’re not in our community or familiar with our rating system, this really is for beginners or for a USTA 2.5 equivalent ’cause we’re talking about the basics here.

There might be some better players that watch this and pick up some tidbits, but this really is the foundational footwork that we’re going to be talking about today. Also in this video, our primary focus is going to be lateral movement meaning moving side-to-side. The movement for and towards short balls is certainly something we’ll address in another video, but the lateral movement is really the most complicated piece in where we see most of the errors come in, so Nate, take the reins here.

Footwork: The Side Shuffle

With footwork, one of the most important components is the recovery. The recovery is what’s going to bring us back to the middle when we’ve been pulled wide. What I see a lot of players do after they’ve been pulled wide to hit their forehand or their backhand is turn and run back to the middle, and this is a problem because it’s creating a blind spot, and when we’re playing tennis, we want to keep the ball in front of us at all times. By turning and running, we leave a blind spot, and we want to make sure that we’re facing the court.

So one of the movements we can use to get back to the middle of the court is a side shuffle. What a side shuffle is is once I’ve been pulled out wide to hit the ball, I’m going to stay facing the court and I’m going to make my feet clap to get back to middle, all right? I want to stay low. I want to keep my shoulders over my knees and centered. And after practicing this, in time we’re going to want to give a little bit of space where we’re not making noise with a clap. Now there’s certainly times that we don’t side shuffle, and Scott’s going to talk to us a little bit about that now.

We can practice these movements by staying parallel to the line. And practice both, practice running to the ball and running back, side shuffling when you get to the middle, and practice taking several steps just outside the middle and taking one or two side shuffles back to center yourself in the middle of the court.

Click here to get your custom video coaching: http://bit.ly/2wrtRbt