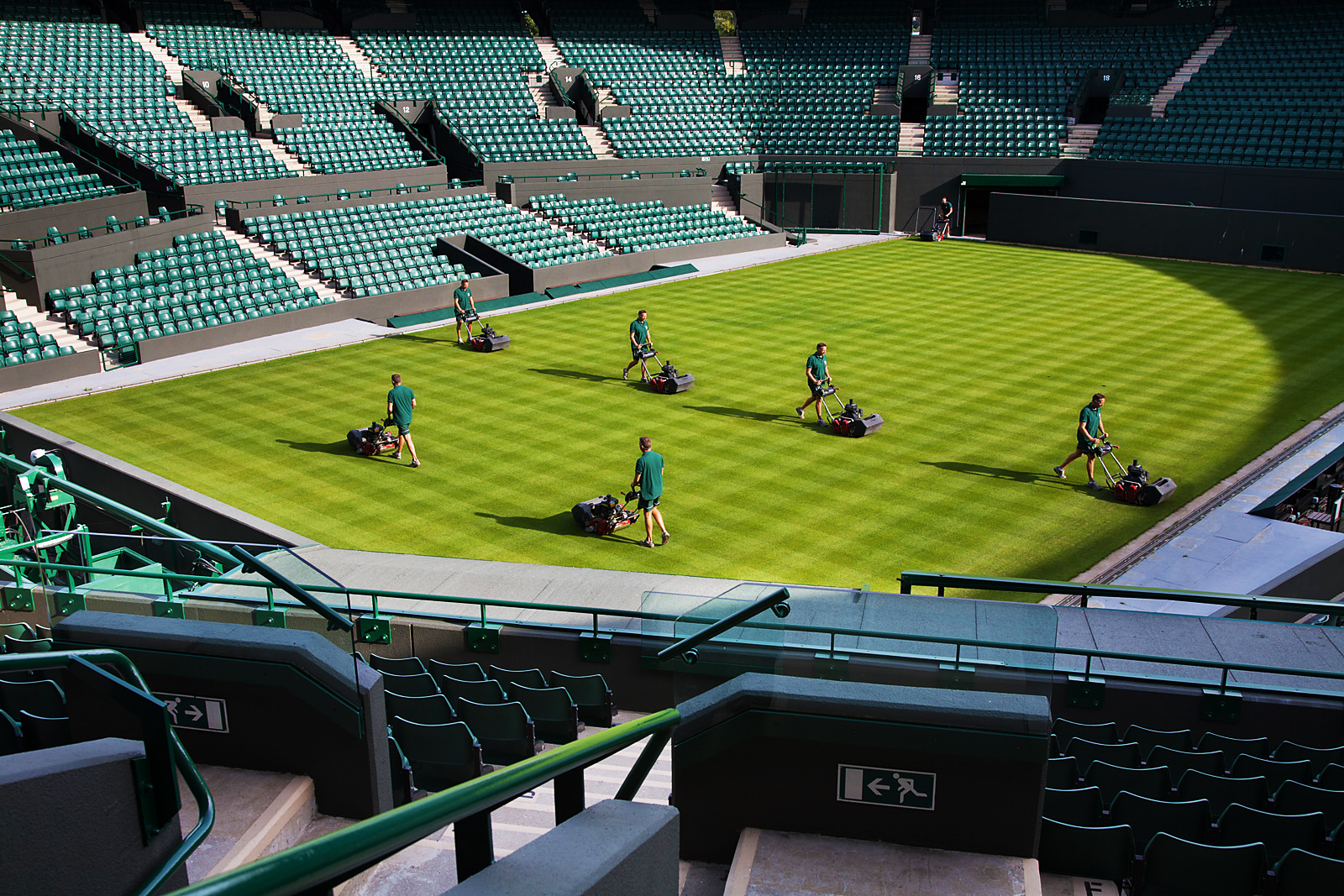 There’s an interesting dynamic to this year’s Wimbledon draw. The top half of the draw is filled with players who have been experiencing major successes this season, including Maria Sharapova, Serena Williams, Simona Halep, and Ana Ivanovic. Whereas the bottom half of the draw, there are several players that are “question marks”; they either have not been performing their best due to injuries, or just plain struggling at the moment, including Victoria Azarenka, Agnieszka Radwanska, Petra Kvitova and Li Na.

This was the same exact scenario we were faced with at Roland Garros, however, Serena ended up losing in the second round to Garbiñe Muguruza, opening up the draw for Sharapova to claim victory in Paris. It seems that a similar scenario would have to happen here for Sharapova to defeat Williams. Williams would have to have a bad day prior to the quarterfinal, and with the opponents she has in her section that bad day probably won’t come. Serena rarely repeats bad defeats, and Roland Garros has never been her best tournament.

Petkovic is coming off a semifinal at Roland Garros, however, grass really isn’t her strong suit having only played 18 matches on the surface. Bouchard won Wimbledon juniors in 2012, but she is likely to face Serena Williams in the Round of 16. Kerber, however, really does have a chance, grass has really been good to her, with a 66% win percentage. Look out for a three set thriller against Sharapova in the round of 16.

Must See Matches: 3rd round: Petkovic vs. Bouchard, 4th rd: Kerber vs. Sharapova

It’s no secret that Halep has been having a stellar year and a half, but will she be able to continue this run? She retired in her second round match at ‘s-Hertogenbosch with a shoulder injury. No one knows if it was precautionary, but this could open up the draw for Ana Ivanovic, who has also been having a great season. Ivanovic has already won three titles this year including a win at Birmingham, a Wimbledon warm up tournament.

In this section lies some very talked about up-and-comers. Expect some exciting match-ups, but no major upsets. Halep, Ivanovic, and Jankovic might just be a little too strong for these rookies.
Also watch for: Sabine Lisicki, last year’s Wimbledon finalist seems to come alive whenever she plays on grass. Watch for her to reach the third round against Ana Ivanovic, and then play a killer three set match on centre court.

This bottom section of the draw could very well be rid of its respective seeded players come second week – expect the unexpected. Radwanska has been struggling lately, whereas Azarenka just came off injury lay-off and lost to Camila Giorgi at Eastbourne. This is huge opportunity section. Muguruza, a Roland Garros quarterfinalist, lies in Azarenka section. Whereas Errani, Pironkova, Makarova, and Kuznetsova could all prove as threats for Radwanska.

Pironkova and Makarova seemingly find their games on grass, and have had some great results at the All England Club. The two could face each other in the third round.

Cibulkova was having a great year, until she reached the clay court season, where everything seemed to fall apart for her. Wimbledon, where she has reached the quarterfinal before, would be a great chance for her to get back on track. Watch for a possible third round clash against Azarenka.

Muguruza has been much talked about, even before her Roland Garros quarterfinal result. She reached the Quarterfinals of the grass court event at ‘s-Hertogenbosch, and could very well beat Azarenka in the third round.

After winning this year’s Australian Open, Li Na’s best result was a final in Miami. She lost in the first round at Roland Garros, and is a huge question mark coming into the only slam she’s never reached a semifinal at. Li Na does have a great draw up until a possible fourth round clash with Caroline Wozniacki. Kvitova hasn’t reached a final all year but is returning to her best surface, and the city she won her first and only slam at in 2011. This is a section where we could see surprises; I’m calling a Stephens vs. Wozniacki quarterfinal.

Want to play like the pros? Book a tennis lesson with a PlayYourCourt pro on a court near you!