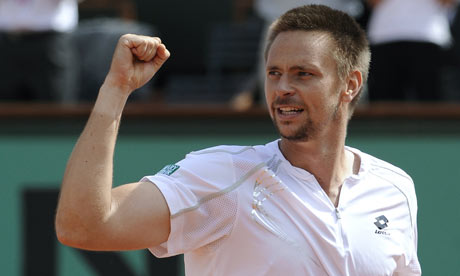 Robin Soderling, who hasn’t played since 2011, has announced his retirement. A bright career extinguished by illness https://t.co/PUt7hGHoNs

He hadn’t played since 2011, so it wasn’t exactly a surprise when we heard him announce his retirement.  Still, we’ll miss him on the scene and we wish him the best!

The Murray’s had a Nice Christmas

We saw Andy and Jamie Murray rocking these ugly Christmas Sweaters.  It seems like they had a nice holiday!

The Match that made Soderling Famous

Here’s some highlights from Soderling’s biggest match, it’s definitely one to remember.

Ren gave us an article with a few tips on how to play doubles well.  Take a look!

5 Things you may not Know about Roger Federer

We’re all big fans of Roger, but how much do you know about him?  Find out some interesting stuff here!