Intermediate Player Tennis Tip: How To ANTICIPATE Where Your Opponent Is Hitting The Ball - Play Your Court Tennis Tips and Information
Skip to content 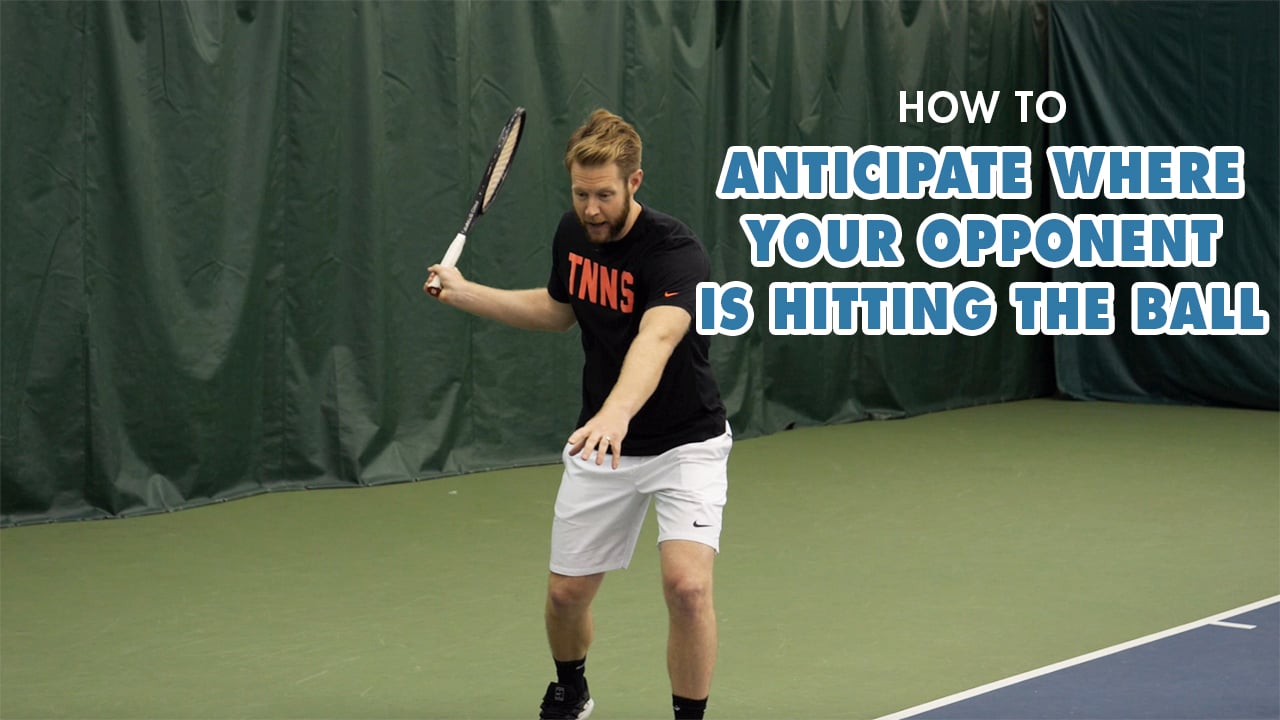 Today we show you a simple trick to help you better anticipate where your opponent is hitting. This video is for players with a PlayYourCourt rating of 50 to 70.

Scott from PlayYourCourt.com is here to show you how to anticipate where your opponent is hitting the ball.

So the first one I really want to go over is your hip and shoulder position. As a coach, when I’m teaching beginners, what you’re going to see is a step towards the direction we’re trying to hit, and we’re going to tell you as a coach to line your hips, your shoulders, everything up towards what you’re aiming towards.

And as a beginner or even an intermediate player, the most comfortable way to really figure this out is to step in the direction you’re aiming, so for your opponents at a rec level, if they’re hitting down the line it’s going to look much different than cross court. Down the line you’re going to see their hips, their shoulders, and usually their front foot square up where everything you can see is pointed down the line which looks much different than when all of this shifts more out wide to hit cross court.

So when you’re in a rally with your opponent, you’re going to get a lot of information by just watching what they’re doing to see where the ball is going. If you see these hips and shoulders and even front foot close up, it’s pretty safe to say this ball’s going down the line. If you don’t see this, then I don’t think you should be worried about the down-the-line ball and expect a ball more towards the middle or cross court.

So let’s take this one step further when we talk about what your opponent’s actually going to do in terms of power and height over the net. Are they lobbing? Are they driving? I think what’s funny is when I ask students that I coach, “Am I driving or lobbing?” I’m lobbing, right? But what we’re not doing at this rec level is paying attention to those cues and identifying what our opponents are doing. We’re so focused on ourselves that we’re not looking across the net to see this drive stance or this lob stance.

I hope this helps. At PlayYourCourt, you know Nate and I just want to see you improve your tennis game. This instruction obviously is for a very specific skill level, and what I’d rather do is give you instruction that’s specific to your exact level of play. So do me a favor. Click the button or the link below. Answer some questions for me about your specific skill level. We’ll get you signed up in our membership, and we’ll then send you custom video instruction based on what you’ve got going on. Not only that, we’ll go ahead and pair you with some other local players at your same skill level so you can get on the court and practice some of this stuff. Just click the button or the link below, and we’ll do the rest.

Click here to get your custom video coaching: http://bit.ly/2LA35bk