Roland Garros is underway! Living under a rock this past week? Here is what you may have missed in the tennis world.

If anything, Stan’s second major victory shows that tennis is won with strong fundamentals and (sometimes) ridiculous shorts:

While the American Men on the ATP Tour were not successful at the French Open, the Junior Final was contested by two Americans, Taylor Fritz and Tommy Paul.  We hope to see them in a (real) Grand Slam final someday! 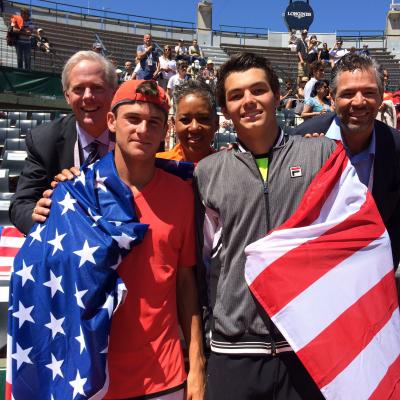 Tennis was on everyone’s brain this week, even these three adorable golden retrievers:

Interested in improving your tennis game?  We found one neat trick that really improves your consistency on the court!

Wimbledon is Right Around the Corner

Show your true fandom. Enjoy our Wimbledon quiz to see how much you know about the oldest tennis event.