We send top-rated coaches to your local courts for convenient tennis lessons in Baltimore, MD

What makes our tennis lessons in Baltimore better?

"Weather hasn’t been the great, but My girls have been very happy so far."

"I have 2kids with him, 7 and 9years old. He is very friendly and kind and very patient with kiddos."

"Coach Trevor is very friendly and patient. I learned so much on my first class. Looking forward to learning from him next class !"

"My son likes the tennis lessons with her and has improved" 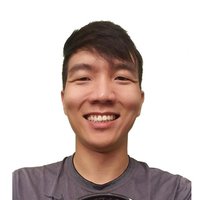 Signup to get tennis tips and exclusive PlayYourCourt deals

The PlayYourCourt community is the easiest way to meet new players in the Baltimore area.

Baltimore is Maryland's largest city and has more public monuments per capita than any other U.S. city, which is great, but it's also known for its fantastic newly budding microbrewery scene, which is even better. Just be warned - crab is on pretty much every menu, but if you try to eat it with a fork, you will be exiled.

Each year they host one of the country's most incredible free art festivals: Artscape, and they've been named the "City With The Best Music Scene" by Rolling Stone. Food, art, music, beer, and guess what else they do right? Yup, that would be tennis.

With nearly seventy tennis facilities throughout the city it's difficult not to run into one, but we love the courts at the beautiful Latrobe Park, which includes two illuminated courts and a popular nearby dog run, just in case you are like the PlayYourCourt staff and are obsessed with your dog! Baltimore recognizes what a wonderful sport tennis is and how much it can do for people's health so much so that they even have a special organization called Baltimore Tennis Patrons. BTP is dedicated to using the game of tennis to help low-income or underserved youth stay in school, stay healthy, and stay happy.

Just recently, a group of avid tennis players made headlines in the Baltimore Sun for their friendly self-run "league" for men ages sixty to ninety; proving once and for all that tennis truly is a sport for life.

Whether you are three years old, or eighty-three years old, PlayYourCourt has a host of amazing coaches in Baltimore and the surrounding area that can't wait to share their love of the game with you.