We send top-rated coaches to your local courts for convenient tennis lessons in Houston, TX

"Inzi is an incredible coach! She is professional, approachable, fun and an amazing teacher. I was brand new to tennis but she put me at ease from the first lesson. What a great experience!"

"Fabulous Lesson He came very prepared with great equipment to work on topspin and Volly game. We were able to play a few games and work on strategy" 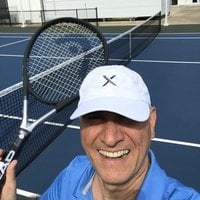 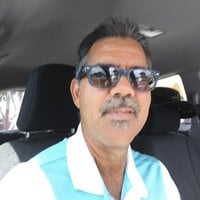 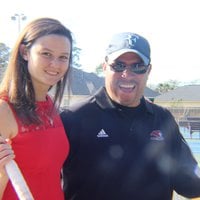 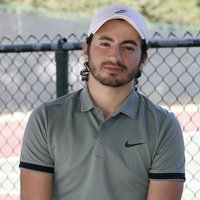 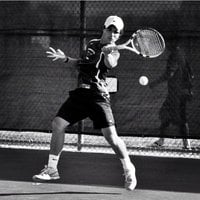 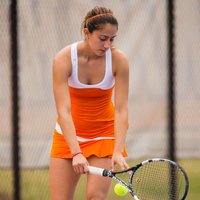 Here's what you can expect from a PlayYourCourt tennis coach in Houston...

What makes our tennis lessons in Houston better?

Top 5 Places for Houston Tennis Lessons Houston is a sports-friendly city in Southeast Texas, well known for its many tennis facilities that span across the city. Most of these centers are public and …
New PYC Tennis Pro: Amir R offering Tennis Lessons in Houston, TX Amir R has joined the PlayYourCourt.com tennis pro team, offering tennis lessons in Houston, TX. “Fun universal style of teaching for all ages and levels!" His credentials …
Battle of the Sexes: Finally A Tennis Movie To Get Excited About Not since Wimbledon and Match Point came out in the early 2000s has Hollywood attempted a blockbuster tennis movie. It's about time, and this time, with Battle …

The PlayYourCourt community is the easiest way to meet new players in the Houston area.

Texas’ largest city is a sports town at its core. Home to every single single major professional sports league except for an NHL team, their fans are faithful and passionate. What Houston lacks in a hockey team it more than makes up for with a much more important sporting event: The ATP Tour’s US Men’s Clay Court Championship! The prestigious event is the only clay court professional tennis tournament in the United States. Each year, it attracts some of the top players in the world and some of tennis’ greatest champions, like Agassi, Courier, Haas, Connors and more have lifted the trophy in the past.

Houston boasts over 1,200 public tennis courts in and around the city, offering pristine playing surfaces outdoors with lights, and indoor facilities as well. There is a large USTA contingent in Houston, which means there is always a tournament or league accessible for any type of tennis player.

The Houston Tennis Association is a non-profit headquartered in the city center whose mission is to grow tennis in the city by "promoting and advocating amateur tennis and charitable programs." They organize leagues and tournaments that have a participation of over 10,000 players annually. In their junior programs, over 6,000 kids participate each year. If you want to get further involved in tennis in Houston, TX, the HTA is a great place to start.

You’ve probably heard of Tennis Express, the biggest online tennis retailer in the world. What you may not know is that they have a brick and mortar tennis equipment superstore in Houston! Their selection in the showroom is just as wide as their amazing selection online. You name it, they have it! Don’t miss Tennis Express if you’re in Houston!

Centre Court Tennis is an awesome little tennis specialty store located just outside of Houston in the Woodlands. They sell all the latest gear from all the biggest brands. In the Woodlands, there is no excuse not to be outfitted with the latest and greatest gear!

The Houston Tennis Association is a wonderful non-profit serving the tennis community in the greater Houston area. Their mission is, “To encourage and promote amateur tennis in Houston regardless of age, gender, disability, or level of play. Our ultimate goal is to support and foster good health and sportsmanship through tennis, the sport for a lifetime.” No matter what your tennis goals, the HTA has resources for you from tournaments and leagues to clinics and social events.

The city of Houston operates three flagship tennis centers with SIXTY lighted outdoor hard courts. Their premier facility is the Lee LeClear Tennis Center with a whopping 26 courts and a regular schedule of tournaments and recreational tennis events.

Westheimer Indoor Tennis is the best indoor tennis facility in Houston. Featuring 9 climate-controlled, pristine indoor courts and affordable membership options, Westheimer indoor is the perfect place to beat the heat and work on your tennis game!

Club Westside is one of the areas most incredible private tennis clubs. Offering an incredible thirty indoor and outdoor tennis courts, that is just the beginning. The property spans 16.5 acres and includes 3 heated pools, over one hundred weekly workout classes and so much more. You will feel like royalty as the service is second-to-none. If you are looking for a private tennis club experience in Houston, look no further!

The Houston Racquet club is Houston’s premier private club. Though it is called a Racquet club, that is just the beginning. The property spans 31 acres and has hosted women’s professional tennis events. It is consistently rated among the top 50 tennis clubs in the nation, but also offers golf, multiple dining options, family events and ample fitness facilities!

The US Men’s Clay Court Championship is the only clay court tournament on the ATP Tour calendar played in the United States. It is contested each year at the River Oaks Country club and consistently draws some of the top men’s tennis players in the world. It is a very fan-friendly event and an amazing place to get up close and personal with the pros!

Abe A. is our featured coach providing tennis lessons in Houston, TX! Abe is USPTA and PTR certified with 12 years of teaching experience. He is a USTA 5.0 rated player who coached and developed many of his students from ZAT level to Champ/Superchamp, plus helped several students to play college level and ITF.