What type of tennis lesson are you looking for?


Today Only! New students enter code NEW35 at checkout to save $35.

PlayYourCourt is a trusted resource to find the best Washington tennis lessons and tennis instructors.

What makes our tennis lessons in Washington different?

How does PlayYourCourt work?

Enter your zip code, answer a few questions, and choose from a tailored list of great instructors!

Book your lessons online or give us a call at 301.575.6112 and we will help you book your perfect instructor.

Your coach will be in touch within 24 hours to schedule your first lesson at a time and location that’s convenient for you.

See what our customers are saying...


"Peter is a great coach! I've had two lessons with him and he's patient and gives helpful advice. I've seen such a big difference already!"
Crystal Li from Washington, DC
"Achille is a very nice person and very patient coach and after taking lessons with Achille for a few months, I can honestly say that I can hold my own on the court."
Elena from Washington, DC
"Excellent instructor. Quickly diagnoses problem areas and fixes them."
Darrin from Washington, DC
"I appreciated him staying on my kids about the details but in a fun and nice way. Great with kids. Kind and considerate but true to the game."
Alka from Washington, DC

Washington, DC
$87 / session
(18)
"I have tried several tennis coaches throughout my life (over 20 years playing tennis), and I can attest that Forrest has been one of the best. His dedi…"
-Ricardo
Washington, DC

Washington, DC
$87 / session
(3)
"I wanted to learn how to play tennis the right way. Yuriy was able to teach me the basics and I had fun learning from him. I'm definitely getting bette…"
-David Y.
Washington, DC

We send the best coaches at the lowest prices to a court near you!

The Challenge League is the easiest way to meet and compete against new players in the Washington area.

The capital of the United States borders the states of Maryland and Virginia as well as the Potomac River. It’s known for its iconic museums, neoclassical monuments, and performing arts venues – but it’s also home to an active tennis scene. The D.C. Tennis League serves its first volley in March and plays through the fall. Players meet on free public courts available throughout the city. A variety of PlayYourCourt instructors offer adult tennis lessons as well as junior tennis lessons, so you can be sure your game is sharp at the start of the season.

Things really heat up in July and August when the Citi Open comes to town. A weeklong event featuring matches from the world’s top tennis players, the Citi Open gets everyone in the mood to compete. A portion of the proceeds from ticket sales at the Citi Open go to the Washington Tennis & Education Foundation, an organization committed to promoting health and wellness for kids in the area through tennis. The Open first began in July of 1969 and was one of the first to be held in the United States.

Local D.C. players agree that of all the public tennis courts in the area (and there are 217, by the way) Rose Park is a favorite. Rose Park boasts three of DC's best public tennis courts. They were resurfaced in late 2006 so the surfaces are still beautiful and the nets well-maintained. Though there aren't benches there are plenty of donated plastic chairs to watch a match or rest in between games. Plus the grounds surrounding the tennis courts are manicured and there are plenty of trees around them for some shade.

Ultimately, there’s no way you can play in D.C. without making new friends and improving your game – so pick up a racquet and start swinging!

Sianna S. is our featured coach providing tennis lessons in Washington D.C.! Sianna brings with her a USPTA certification and five years of coaching experience. She specializes in junior tennis lessons and lead the ten and under USTA summer camps in Atlanta for two years before moving to the D.C. area. Before becoming a coach Sianna played Division I tennis at ASU. She then spent two years playing professionally and achieved a 900 WTA doubles ranking before moving into the nonprofit arena which is how she currently spends her days when she is not teaching tennis. If you want a fun, positive teacher who is patient and encouraging, Sianna is the perfect coach to give you tennis lessons in Washington D.C.

Learn more about Tennis in Washington

Over the years, Denver has grown to become a major tennis hub. The city has a warm climate in summer that’s ideal for tennis training, and has … read more

The 5 Best places for Tennis Lessons in Washington, DC

Washington DC is known for its love of sporting activities, particularly tennis. It has grown to become one of the most acclaimed tennis locations in America, with … read more 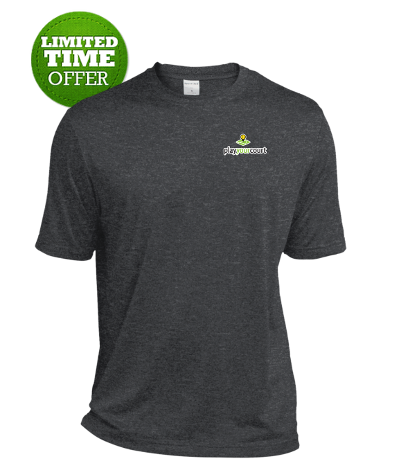