We send top-rated coaches to your local courts for convenient tennis lessons in Las Vegas, NV

"Very good. He explained things in a way I could understand and demonstrated the exercise to drive point home. He stayed motivated and kept me engaged until the lesson ended." 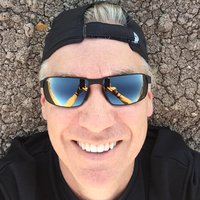 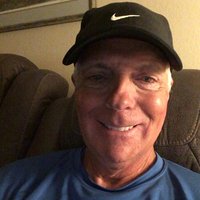 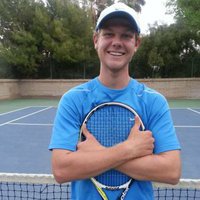 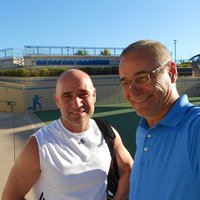 Here's what you can expect from a PlayYourCourt tennis coach in Las Vegas...

What makes our tennis lessons in Las Vegas better?

American Tennis Players Who Changed the Game To commemorate Independence day, we wanted to salute the American tennis players who changed tennis forever. From pioneers who broke the race barrier, to record setting performances …
Tennis in Las Vegas: Where to Play, Shop & More! Heading to Las Vegas? There is so much more than just gambling there! Make it a tennis trip! It is the home of Andre Agassi, after all. …
New PYC Tennis Pro: Philip C offering Tennis Lessons in Annapolis, MD Philip C has joined the PlayYourCourt.com tennis pro team, offering tennis lessons in Annapolis, MD. "Simple little things make all the difference!" His credentials include: *High school …

The PlayYourCourt community is the easiest way to meet new players in the Las Vegas area.

When you think of Sin City, tennis probably isn’t the first thing to come to mind. Heck, it’s probably not in the top ten… But it should be! Las Vegas, NV is one of the most under-the-radar tennis cities in the country. If you can step away from the distractions of the Vegas Strip, there are some fantastic tennis opportunities. One, however, stands above the rest: Bally’s Tennis at Bally’s Las Vegas Resort and Casino. The best part? It is located ON the Vegas Strip, so you don’t have to stray too far from the slots to get your tennis fix. Bally’s features a full-service pro shop and 8 championship tennis courts. In true Vegas fashion, the courts are open 24/7, because you never know when you may get the itch to hit some balls.

If you are in Vegas in October and have a few too many free rum and cokes at the blackjack table to hit the courts yourself, you’re in luck. Held at the University of Las Vegas’ Fertitta Tennis Complex, the Las Vegas Tennis Open on the ATP Challenger Tour comes to town each fall. The top young tennis players on the planet descend upon Vegas to do battle as they make their way to the game’s biggest stage.

For those who call Las Vegas home, there are even more plentiful options. The USTA Intermountain/Nevada section is headquartered in Las Vegas and provides an outlet for all players to improve their game and showcase their skills.

For those looking for a more informal (and super fun!) way to meet new people and hone their skills, the Las Vegas Tennis Meetup group has nearly 1,200 members who hit the courts together regularly for matches, hit-arounds, and social events.

For people looking for a more serious, exclusive (read: expensive) tennis outlet, look no further than the Red Rock Country Club. Their world-class facilities ensure you will have the most luxurious tennis experience possible. Darren Cahill and other Adidas players also regularly train there, so be on the lookout for some star sightings as well!

Dillon M. is PlayYourCourt’s featured pro in Las Vegas. Dillon has been playing tennis for twenty five years and has dedicated the last 8 years of his life to teaching the game. He uses the latest video technology in all of his lessons to help break down his students’ game. He will put their swing side-by-side with professional tennis players to show the intricacies, similarities and differences. He played professionally and coached many students all the way to earning college scholarships.