We send top-rated coaches to your local courts for convenient tennis lessons in Boston, MA

"My kids enjoyed their first lesson with Irwin and come home excited for the next one. I love seeing then like that and thank the coach for helping them."

"Adrianna was amazing! I loved my lesson with her. She made it fun and I learned a lot. She was also very patient with me as well. "

"Our lesson with Rudy was super fun and informative. We are a group of beginners and started the lesson with fundamentals. Looking forward to our next lesson!"

"Irwin is great! Understood my issues very quickly and had a very thoughtful approach to fixing them." 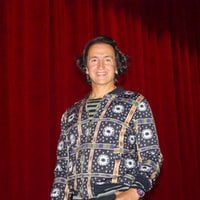 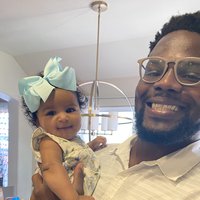 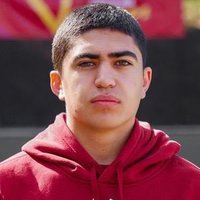 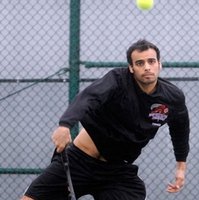 Here's what you can expect from a PlayYourCourt tennis coach in Boston...

What makes our tennis lessons in Boston better?

The PlayYourCourt community is the easiest way to meet new players in the Boston area.

Set on the scenic Boston Harbor, Boston, MA is the perfect place to take in some history, eat incredible seafood, and most importantly, get your fill of sports!

As one of the nation’s preeminent sporting cities, Beantown is home to four major sports teams, but none more popular, or polarizing than Fenway Park’s Boston Red Sox. Tennis is equally entrenched in the city’s DNA as several of its oldest tennis clubs, like the Boston Tennis and Racquet club, date back well over a hundred years, making them some of the oldest in the nation. The city is also home to one of the original World Team Tennis organizations, the Boston Lobsters, and a few incredible Division 1 College tennis programs, like Harvard, Boston College, Northeastern, and more.

If you're looking for a classic court to get your game on while drinking in the feel of Boston, there is no better place than the facilities at the Boston Common. Here you'll find two good quality tennis courts nestled in the little green oasis. Be prepared though, these courts are two of the most popular in the city. To reserve your court time you'll need to use the PlayLocal app. If you can't find a partner, one of the courts has a wall behind the baseline, so you can still work up a sweat.

If you're a clay court fan you'll want to head to The Amory Park Tennis Center where you'll find six well-kept clay courts. They are open to the public, as well as for lessons, tournaments and teams. Even better they are surprisingly well-priced! Court space costs only $8 to Brookline residents and only $16 per hour for nonresidents.

In the winter months you'll want to check out the Boston Athletic Club for four medium-sized tennis courts, or the Tennis & Racket Club, Boston's athletic and social club. The T&R Club was founded in 1902 making it the oldest in the city. Since its inception, the Club has focused on building camaraderie through the racket sports in an environment that is highly positive and welcoming.

Under the USTA umbrella is a highly active Boston Social Tennis League, which targets 21-40 year olds in the area who want to play tennis in a fun social environment. This league focuses much more on making new friends and enjoying the game of tennis than winning, though there is still a finals round after seven weeks of play. After games, players walk to the nearby Hops N Scotch, a local restaurant in Coolidge Corner that saves a special section for the league each week. Players enjoy rotating beer flights and flatbread pizzas at discounted prices. Unsurprisingly, the 2016 inaugural season of the league had one of the highest turnouts of players of any USTA league's first season in the country! If tennis and beer sounds like the right combination for you, this league is calling your name!

Neil W. is our featured coach providing tennis lessons in Boston, MA! Neil has captained three teams all the way to nationals, was a New England section champion, and brings with him 10 years of teaching experience. Currently, Neil is the coach of the Boy's Varsity Tennis Team at Swampscott High School in Massachusetts and has worked closely with tennis pro and New England legend Henry Tiberio for the last eight years to build teams and programs at Bass River Tennis Club and Beverly Golf & Tennis in Beverly, MA. If you're looking for tennis lessons in Boston, MA, Neil is the perfect choice.

Play Your Court LLC ("PYC") is a limited liability company organized and existing under Virginia law and operates to provide a scheduling facility through which tennis professionals and students are paired. Courts located in our database are not authorized or endorsed by PYC. PYC arranges the opportunity for you to employ the service of independent professional tennis instructors on a court of your selection; you, the client are solely responsible for court availability and authorization.


Security and Privacy Policy: All personal and financial information provided to PYC will not be shared with any third party, other than your teaching professional, without your permission. The security and protection of your personal and credit card information used to book your appointments will be accomplished by applying all current best practices available.


Cancellation Policy: PlayYourCourt abides by a 48 hour cancellation policy. If you fail to cancel or reschedule 48 hours prior to your scheduled lesson time you will be responsible for all lesson charges.


Lesson Credit Eligibility: Lesson credits are good for a period of 1 year after which they expire. Refunds for unused lessons will not be issued after 1 year.