We send top-rated coaches to your local courts for convenient tennis lessons in Binghamton, NY

"Very courteous, knowledgeable and attentive, we truly could not have asked for a more qualified individual!"

"Clay instructed our 15 year old grandaughter (beginning player). It was amazing how quickly she adapated to the game. All because of Clay's soft, and persistent way of coaching her."

"Really great lesson. Patient, informative, explained technique easily and more importantly I had fun! Can’t wait for my next lesson!" 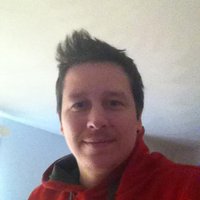 Here's what you can expect from a PlayYourCourt tennis coach in Binghamton...

What makes our tennis lessons in Binghamton better?

The PlayYourCourt community is the easiest way to meet new players in the Binghamton area.

Traveling to the relatively small city of Binghamton, New York, one can expect to find a hot air balloon festival, a thriving manufacturing industry, and tennis! Binghamton is home to the Levene Gouldin & Thompson Tennis Challenger, an annual United States Tennis Association circuit competition that has launched the careers of many tennis champions. For example, Olympic Gold medalist and Wimbledon champion, Andy Murray, won the competition in 2005.

The most recent winner was Darian King, a Barbadian tennis player who is currently ranked number 135 in the world. In the stunning 2016 finale, King triumphed over Mitchell Krueger in straight sets to secure the 23rd Levene Gouldin & Thompson Tennis Challenger singles title. Shortly following in the doubles final, Matt Reid and John-Patrick Smith out of Australia captured the championship in straight sets as well.

For those dedicated tennis amateurs, look to the Binghamton Tennis Center. The center sits on 7 acres of land just outside downtown Binghamton and contains 6 indoor hard tennis courts, a pro shop, locker facilities, and a lounge for between sets. Outdoors the center has 2 hard courts and 6 clay tennis courts, as well as a pool and play area for children. Members, both adult and junior, can take private tennis lessons or join a league.

Casual tennis players can enjoy any of the 6 public courts in Binghamton. The largest few are Recreation Park and Chenango Valley High School with 7 tennis courts each, Johnson City Senior High School with 8, and the State University of New York at Binghamton with 14 courts.

Ryan C. is our featured coach providing tennis lessons in Binghamton! Ryan is PTR certified in both junior and adult tennis lesson development. He excels in creating personalized tennis lesson programs for each of his individual clients in Binghamton, NY. Whether his student wants to play recreationally or competitively, Ryan will bring out the best in their tennis game.