We send top-rated coaches to your local courts for convenient tennis lessons in Memphis, TN

"Really great, noticed really quick with what I struggled with and immediately focused on improving"

"Great coach who quickly recognizes and corrects your weakness."

"Michael was very professional and helped me a lot. He spent more time with me than he had to." 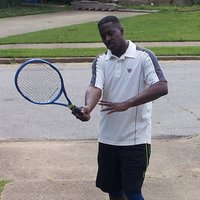 Here's what you can expect from a PlayYourCourt tennis coach in Memphis...

What makes our tennis lessons in Memphis better?

The PlayYourCourt community is the easiest way to meet new players in the Memphis area.

It’s called the birthplace of rock ‘n roll and it grooves along the banks of the Mississippi River. It’s Memphis, TN and the tennis scene there is almost as legendary as the music scene. The city boasts 80 tennis teams, multiple tournaments, and a bevy of USTA leagues.

At Tennis Memphis, adult players can access walk-in clinics, senior play, and player cards. The program also does a ton of community outreach including the National Tennis and Learning Network which has a mission of building better community and enhancing lives through tennis. That’s how Memphis puts the “serve” in service!

If you like to pair a set of doubles with a little bit of history, look into the Memphis Tennis Association. This organization has been serving up tennis lessons in Memphis, TN since 1952 – that’s back to when the King himself was still playing in the dance halls! The date might be vintage at the Memphis Tennis Association, but the facilities are not – Memphis is home to a number of public and private tennis courts.

But while there’s a lot of court time, if you’re looking for something aspirational while you’re grunting through your tennis lessons with a PlayYourCourt coach, head on over to the Memphis Open. Taking place in February, professional players from all over the country take advantage of the Memphis weather to duke it out on the court. The Memphis Open is one of the longest-running American tournaments on the ATP World Tour! It is also the only indoor ATP event that exists in the United States. The winner of the championship is awarded 250 ATP ranking points, which help them qualify for future tournaments.

In any case, Memphis, TN is tennis mecca for players of all levels looking to sharpen their skills. Be sure to sign up for tennis lessons in Memphis, TN through PlayYourCourt, then join a league, or play a pickup game with friends.

Michael N. is our featured coach providing tennis lessons in Memphis! Michael is a USPTA certified coach and former tour player. He got his start as the number one player for Lambuth University and went on to have a three season professional career. He teaches all levels but really shines with advanced level players given his playing history. His tennis lessons are centered around detail and technicality. If you're looking for advanced tennis lessons in Memphis, TN Michael is the perfect coach for you!