We send top-rated coaches to your local courts for convenient tennis lessons in New Orleans, LA

"Coach Neil is excellent! My 7 yo son is progressing beautifully with him. He is patient, kind, and overall an excellent coach!"

"Michael does a nice job with instructions. He helped me greatly to improve forehand and backhand. He is encouraging and engaging."

"So pleasure and efective! We got a very time together! Thanks!"

"Our lesson was great - Coach Alex was patient, encouraging, and knowledgeable. We can’t wait to play again!" 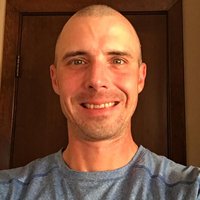 Here's what you can expect from a PlayYourCourt tennis coach in New Orleans...

What makes our tennis lessons in New Orleans better?

The PlayYourCourt community is the easiest way to meet new players in the New Orleans area.

The Big Easy is known for Bourbon Street, Mardi Gras, Jazz Fest, and other activities that center around music, alcohol and excess, but if you can pull yourself away from these temptations you will also find that there is a phenomenal tennis scene! The New Orleans Recreation Development Commission runs two full service tennis facilities and seven other facilities throughout the Orleans Parish alone. Their courts are open to the public for open play, but they also run a massive amount of events on their courts each week. Ranging from team tennis to family tennis, USTA tournaments, boot camps, senior tennis, and much more, there really is something for every player.

There is one tennis facility in New Orleans that rises above the rest, the Pepsi Tennis Center at City Park. City Park spans a ridiculous 1,300 acres and is one of the oldest and most historic urban parks in the entire United States. The park features a botanical garden, amusement park, 18-hole golf course, live concerts, walking/jogging/biking paths, and most importantly, a full-service tennis center with 26 courts. Every court is fully lit so play can continue well after dark until the park closes. There are 16 hard courts and 10 clay courts, locker rooms, a pro shop, and a full-time staff of teaching professionals. They offer regular classes, clinics and tournaments at the park as well.

After nearly two decades away, City Park announced the return of the Allstate Sugar Bowl Tennis Tournament. In conjunction with the College Football Playoff Sugar Bowl, the tournament draws the top ranked juniors from around all nine states in the USTA’s Southern Section. The Southern Section is the largest section in the USTA, and with many of the top players in the nation competing in it, the Allstate Sugar Bowl Tournament is one of the most competitive in the nation to get into, with only the top 32 eligible players getting into the draw. It is one of the truly great venues to watch top junior talent in the country!

New Orleans is also home to great college tennis, none more impressive than at Tulane University. Their men’s and women’s Division 1 teams are both top-notch, with the men’s team regularly ranked among the best in the country. Head down to the Reily Center and catch some of the action when you are in town!

Federico P. is PlayYourCourt’s featured pro providing tennis lessons in New Orleans. He brings seventeen years of experience with him along with his USPTA certification. His love of teaching the game is infectious and he enjoys working with all types of players of any age. His lessons are high energy with an emphasis on fun.