What makes our tennis lessons in New York City better?

"Friendly, technical, accommodating. Helped me improve consistency in rally and serve. I would highly recommend Andreu."

"It was a great morning with Christine. She challenged me and most of all, I could tell she really wanted to improve my game. She was very sweet and professional. I am ooking forward to more lessons."

"Fun and informative! She was encouraging and very personable!"

"Marina is awesome! My twin girls love taking lessons from her!" 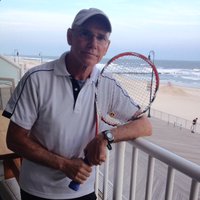 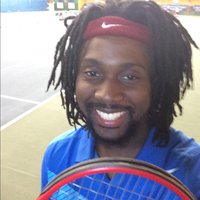 Rising Tennis Stars To Watch in 2017 Today's Tennis Stars In the past few years there haven't been many surprise champions hoisting trophies in professional tennis. Serena Williams boasts a stranglehold on the women's …
Travel with a Purpose to New York City Remember when vacations were about doing nothing? Not anymore. No longer are people taking trips to indulge in guilt-free relaxation by the pool or on the beach …

Signup to get tennis tips and exclusive PlayYourCourt deals

New York City is probably the greatest city in the world, but we think it’s also the greatest tennis city in the universe! For tennis fans, there is a lot to love in the Big Apple, but perhaps nothing more than in Flushing Meadows, Queens at the USTA Billie Jean King National Tennis Center each August and September for the US Open.

The US Open is the final Grand Slam of the year, and the largest tennis tournament in the world. Known as much for it’s great tennis as it is for being an enormous party, the US Open is annually one of the highest attended sporting events on the planet. During a night session match in Arthur Ashe Stadium, if you were to close your eyes and listen to the crowd, it would be virtually indistinguishable as a tennis match due to the buzz of the stadium. Just as visiting New York City is on many people’s bucket lists, attending the US Open sits atop many tennis fans’ bucket lists as well.

While New York City may be a concrete jungle, that certainly does not mean the tennis playing scene is lacking in any capacity. With beautiful public courts, both indoor and out, all over the five boroughs, finding a court in the city is much easier than most would imagine. With a $200 year-long tennis permit, you get access to all 81 public tennis facilities scattered across the city!

Marina is PlayYourCourt’s featured tennis coach in NYC. She turned professional at age 14 before earning a full Division I college tennis scholarship. Luckily for us, she now focuses her energy on teaching private lessons to all ages and abilities. She is certified with the USPTA, and has additional certifications in Cardio Tennis and 10 and Under Tennis. She is a passionate coach dedicated to improving every student's game based on their learning style while always keeping it fun.