We send top-rated coaches to your local courts for convenient tennis lessons in Pittsburgh, PA

"Today we worked on developing our serve and understanding the mechanics of a good serve."

"He is a great coach. He is detailed and good observer. Always observing my mistakes and hiding how to work on them."

"David simplifies technique by making some changes to optimize play and tactics!"

"I have improved immensely as a tennis player over a 3 month period. So lucky to have found such a great coach!" 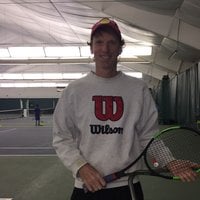 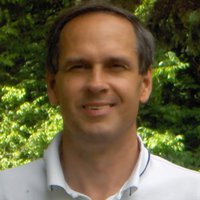 Here's what you can expect from a PlayYourCourt tennis coach in Pittsburgh...

What makes our tennis lessons in Pittsburgh better?

The PlayYourCourt community is the easiest way to meet new players in the Pittsburgh area.

Pittsburgh was first known as “The City Of Champions” back in the 1970s, when the Pirates, Panthers, and Steelers seemed as if they were unstoppable - each team winning multiple championships throughout the decade. The city has remained a sports mecca, and is often called the “Cradle of Quarterbacks,” since so many of the most famous players of that position hail from the area: Jim Kelly, Johnny Unitas, and Joe Montana, to name just a few.

But football isn’t the only sport with a diehard loyal fanbase in the second-largest city in Pennsylvania; tennis teams such as the Pittsburgh Triangles have a small but dedicated following there after having won a title in 1975. Because of the win, tennis still has deep roots in the city. The best manifestation of those roots is without a doubt the beautiful year-round all-weather Mellon Park Tennis Center. The air-conditioned “bubble” is a not-so-little peice of tennis heaven in the city’s East End.

From 1970 to 1984 Pittsburgh even hosted an annual tournament, The Pittsburgh Open, and helped to develop natives such as Bjorn Fratangelo, Bonnie Gadusek, Donald Johnson, and Gretchen Magers to international competition rankings.

As a bonus, Pittsburgh also has the most bars per capita in the U.S., so after a good match you can reward all your hard work with a beer or two!

PlayYourCourt has been active in the greater Pittsburgh area since its inception in 2009. PYC has instructors for all ages, and all abilities, who will work with you to custom tailor the ideal lesson plan for your game and your goals. They will come meet you at a court that is convenient for you, at a time that fits in your schedule. So why wait? Enter your zip code and find the perfect coach for you!