We send top-rated coaches to your local courts for convenient tennis lessons in Nashville, TN

"We really liked Scott. He is helping my son with his form. Taking him back to the basics which he did not learn with his other coaches."

"Dell is fantastic! Takes the time up front to learn your current skills and strengths, then quickly tailors a plan to your game. And, just a great guy to talk to, keeping the game fun!"

"Whitt’s instruction was very helpful and informative. We would definitely use him again!"

"As beginners, James was the perfect instructor, focusing on teaching fundamentals and helping us understand why we were doing what he was asking. He was also incredibly patient with us." 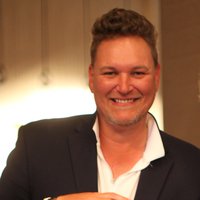 Here's what you can expect from a PlayYourCourt tennis coach in Nashville...

What makes our tennis lessons in Nashville better?

Come for the music, stay for the tennis!

Known as “The Athens of the South,” Nashville’s gorgeous full scale replication of the Parthenon in Greece is a major draw for the city and a beloved landmark of the U.S. It sits on top of the sprawling green slopes of Centennial Park, a 132-acre farm converted to public space which (just FYI) has free Wi-Fi running throughout.

And guess what’s located just next to the Parthenon? Yup, that would be a whole host of well-kept public tennis courts! Because of the warm weather year round, these and most other courts in the city are always open! Plus, the park has year round free outdoor concerts featuring some of the best musicians in the world, and not just country performers!

However, if you’re into country you should definitely check out the Country Music Hall of Fame, which offers rotating exhibits honoring the genre’s hottest stars. The city is also home to the Country Music Fest, one of the biggest festivals in the world. Another must for music fans of any type is a trip down Music Row to see the famous studio where The King recorded 200 songs.

After your down touring, take a quick trip to the nearby Hunter-Wright Stadium, which boasts six lighted tennis courts, or John Bynon park, which has 14 tennis courts. A great resource for information on tennis leagues and events in the area is Tennis Nashville!

Pro tip: after working up a sweat playing tennis, head to the local creamery The Pied Piper and get a triple scoop of their flavor “Trailer Trash,” one of the best, most guiltiest pleasure treats you’ll find anywhere.