We send top-rated coaches to your local courts for convenient tennis lessons in San Antonio, TX

"Christopher was so awesome. He was able to identify what I needed to improve my game right away. Great personality! I look so forward to continuing my lessons with Christopher. Great instructor!!!"

"My son thoroughly enjoyed it and can’t wait to have another!"

"Very helpful and encouraging. Makes sure you get your moneys worth for a lesson." 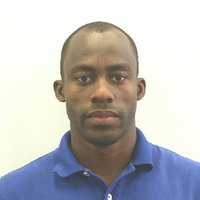 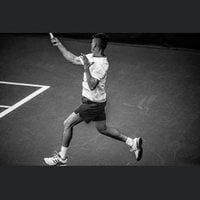 Here's what you can expect from a PlayYourCourt tennis coach in San Antonio...

What makes our tennis lessons in San Antonio better?

The PlayYourCourt community is the easiest way to meet new players in the San Antonio area.

When you think of San Antonio, you may always Remember the Alamo, but we just can’t stop thinking about the John Newcombe Tennis Ranch! Just outside San Antonio in New Braunfels, tennis legend John Newcombe turned a dude ranch into one of the top tennis destinations on the planet.

Featuring a world class tennis academy, adult vacation packages and fantasy camps with tennis legends, year-round junior camps, and so much more, it really is the ultimate playground for tennis lovers of all ages. The facility features 31 courts, world class training amenities, and all the latest video technology, so it should come as absolutely no surprise that it’s decorated alumni include Li Na, Lleyton Hewitt, Ryan Harrison and more.

Though the John Newcombe Tennis Ranch may be the coolest tennis destination San Antonio has to offer, it certainly isn’t the only one! The San Antonio Tennis Association is one of the largest community tennis association in America. In partnership with the USTA, it has over 13,000 members and serves the tennis community by providing playing opportunities, lessons, tournaments, and networking for all of its members. In addition to its (extensive) standard programming, they offer wonderful services for those with disabilities as well.

Their website states, “In addition to USTA Programs, SATA is committed to share the game of tennis with those with disabilities. SATA offers additional programming for Wounded Warriors, active servicemen and servicewomen as well as Special Olympics/Adaptive Tennis players. These clinics are conducted at McFarlin Tennis Center, area military bases and additional sites throughout San Antonio.”

Their emphasis on growing the game at every level is evidenced by the sixteen tournaments that can be found throughout the year all over San Antonio for juniors, adults, and disabled players. Plus with over twenty colleges in the area collegiate tennis thrives as well. The University of Texas San Antonio is the gold standard, with both the men’s and women’s teams regularly among the highest ranked teams in the nation.

If you are looking for a court, visit the city’s tennis website and check out the thirty facilities they operate. Their flagship facility, the Mcfarlin Tennis Center, offers 22 lit courts with full service facilities for recreational play and group outings.

Arturo is PlayYourCourt’s featured pro in San Antonio. He has been teaching for over 10 years and has been on a tennis court for as long as he can remember. He played professionally after college before turning his attention to coaching. He coached the men’s and women’s collegiate teams at St. Mary’s University before focusing his effort on his true passion, private instruction. His patient teaching style focuses on fun before technique, and it allows his students to learn the game in a way that is tailored to their learning styles.

Play Your Court LLC ("PYC") is a limited liability company organized and existing under Virginia law and operates to provide a scheduling facility through which tennis professionals and students are paired. Courts located in our database are not authorized or endorsed by PYC. PYC arranges the opportunity for you to employ the service of independent professional tennis instructors on a court of your selection; you, the client are solely responsible for court availability and authorization.


Security and Privacy Policy: All personal and financial information provided to PYC will not be shared with any third party, other than your teaching professional, without your permission. The security and protection of your personal and credit card information used to book your appointments will be accomplished by applying all current best practices available.


Cancellation Policy: PlayYourCourt abides by a 48 hour cancellation policy. If you fail to cancel or reschedule 48 hours prior to your scheduled lesson time you will be responsible for all lesson charges.


Lesson Credit Eligibility: Lesson credits are good for a period of 1 year after which they expire. Refunds for unused lessons will not be issued after 1 year.