We send top-rated coaches to your local courts for convenient tennis lessons in Providence, RI

"Stanley is very approachable, friendly, and meets you where you are."

"first lesson was great. hope the next set of lessons go well"

"It was a very good experience. Anders was on time, professional, patient and friendly."

"Stanley is great! Kind, patient, knowledgeable -- he will meet you at your level and bring you along in your growth!" 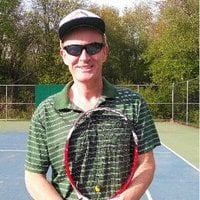 Here's what you can expect from a PlayYourCourt tennis coach in Providence...

What makes our tennis lessons in Providence better?

What Age Should My Kid Start Playing Tennis? Thinking about getting your kid(s) into tennis? We asked some of our best PlayYourCourt staff members nationwide what they think the best age for kids to start …

The PlayYourCourt community is the easiest way to meet new players in the Providence area.

The draws of Providence, Rhode Island, are many and include beautiful scenery, a thriving cultural and educational community, and ample opportunities for playing some tennis. Providence is home to several membership-free club options. The first is Centre Court Tennis Club, which offers clinics, camps, and tournaments.

The second is Tennis Rhode Island which was founded in the area in 1965 and has been a strong supporter of the local tennis community for decades. The club offers leagues, court reservations, and private tennis lessons, though they are at a steep rate. Players also benefit from the club’s “Racket Center,” with professionals available to fix equipment and offer advice on new gear.

Junior players who are serious about competing and don't mind sticking to a rigid schedule can check out the Providence Tennis Academy. Players can enroll in Winter or Spring sessions that last about five weeks. The academy is directed by Nestor Bernabe, an NCAA All-American tennis player and USTA New England Board Member of the Tournament Committee since 2015.

The city also offers summer camps for young teenage players at several of the city’s parks. One of the best public tennis options is the Todd Morsilli Tennis Center, located at Roger Williams Park and boasting 10 tennis courts. Near downtown Providence but in a green setting, the center has the only public clay courts in the state. After you've taken some tennis lessons with a Providence, RI PlayYourCourt coach, check out the city's tennis players MeetUp, which boasts over 500 members and has hosted over 1,000 tennis events citywide.

Raymond L. is our featured coach providing tennis lessons in Providence! He brings with him 5 years of coaching experience and a PTR certification. Raymond made the NCAA All Star Team in the past, was the Standard Times Tennis Player of the Year, and was the Head Pro at the Dartmouth Indoor Tennis Center. He is an exceptionally motivating coach that imbues his tennis lessons with positivity. If you thrive with an encouraging coach than Raymond is the perfect pro to give you tennis lessons in Providence, RI.